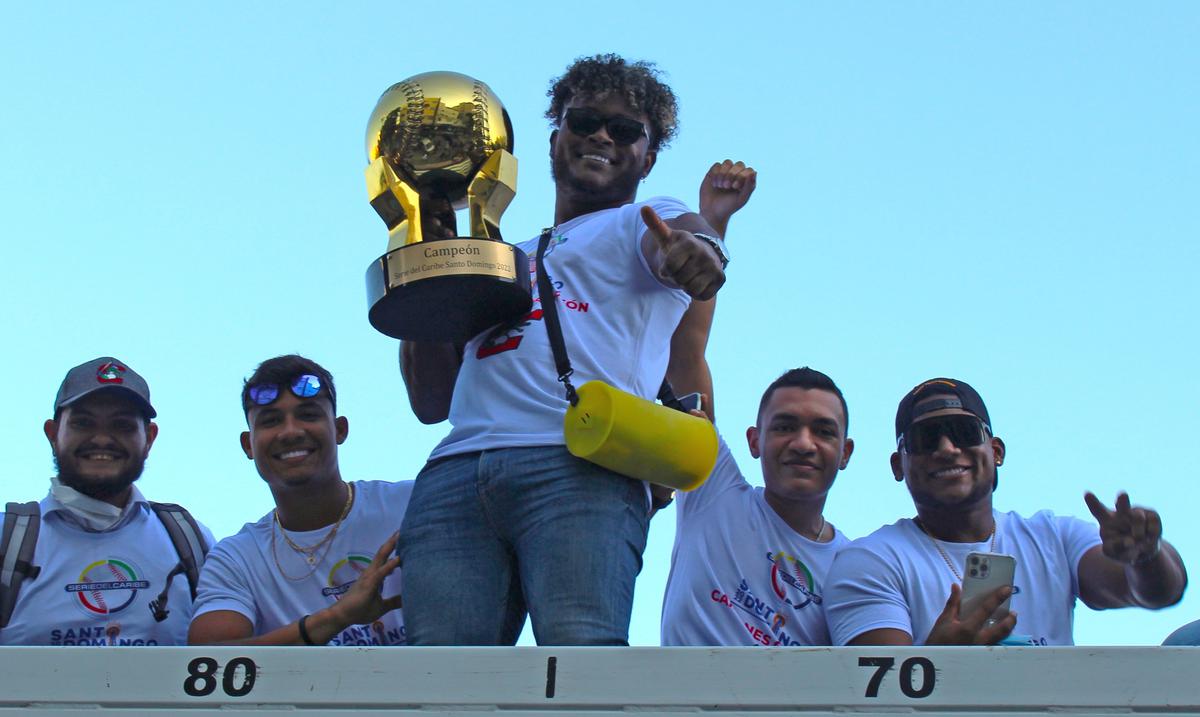 Barranquilla. In the midst of the reception of heroes that they gave him in Barranquilla after winning the Caribbean Series in the Dominican Republic with the ninth of Caimanes, the Colombian manager Joseph Mosquera He stated this Saturday that “this title is a step towards fulfilling my dream of directing in the big leagues”.

At 34 years old, the young manager has already given important triumphs to Colombian baseball such as the gold medal in the Junior Pan American Games and the bronze medal in a U-23 World Cup, both directing the national team.

Speaking to EFE before getting on the fire truck in which, together with the entire Caimanes payroll, he toured the main streets of Barranquilla to receive the acclamation for the victory in Santo Domingo, Mosquera affirmed “I am trying to go step by step, to fulfill my dream than directing in the Major Leagues”.

Harold Ramirez, Dilson Herrera, Elkin Alcala, Carlos Arroyo Y Jeffry Childled the way, which ended at the ballpark Edgar Renterialocated in Barrio Abajo, a sector recognized for being, in addition, the cradle of the Barranquilla Carnival, declared by UNESCO as a “Masterpiece of the Oral and Intangible Heritage of Humanity”.

Upon arriving at the stage where they play as locals, the Caymans were greeted by hundreds of people who gathered to give them an emotional welcome and honor them.

Currently Mosquera, who was born in the municipality of Campo De la Cruz in northern Colombia, signed a three-year contract with the Pittsburgh Pirates and will have to travel to Bradenton, in the state of Florida, in three weeks, where he is in charge. of the minor divisions of that organization of the United States Major League Baseball.

“This is an incredible achievement for my career. Without a doubt, something that has put my name in many other leagues. For me it is a blessing to have guided this group of warriors and personally I believe that everything is a gain”, Mosquera noted while fans crowded around him to ask for autographs and take photos with him.

Regarding the way in which Caimanes took the title in a tournament, to which he arrived with very little favoritism, Mosquera stated that “that was the reason, that we arrived as a Cinderella, because the Caimanes players, seeing that we had nothing to lose, assumed it as a great challenge against great rivals”.

“I feel that the experience that I had had the last two years was something important for this tournament and the day before traveling to the Dominican Republic I saw in their eyes that they were not going for a single game, they really wanted to win the tournament, go to compete . And well, everything worked out for us”, added the champion manager.