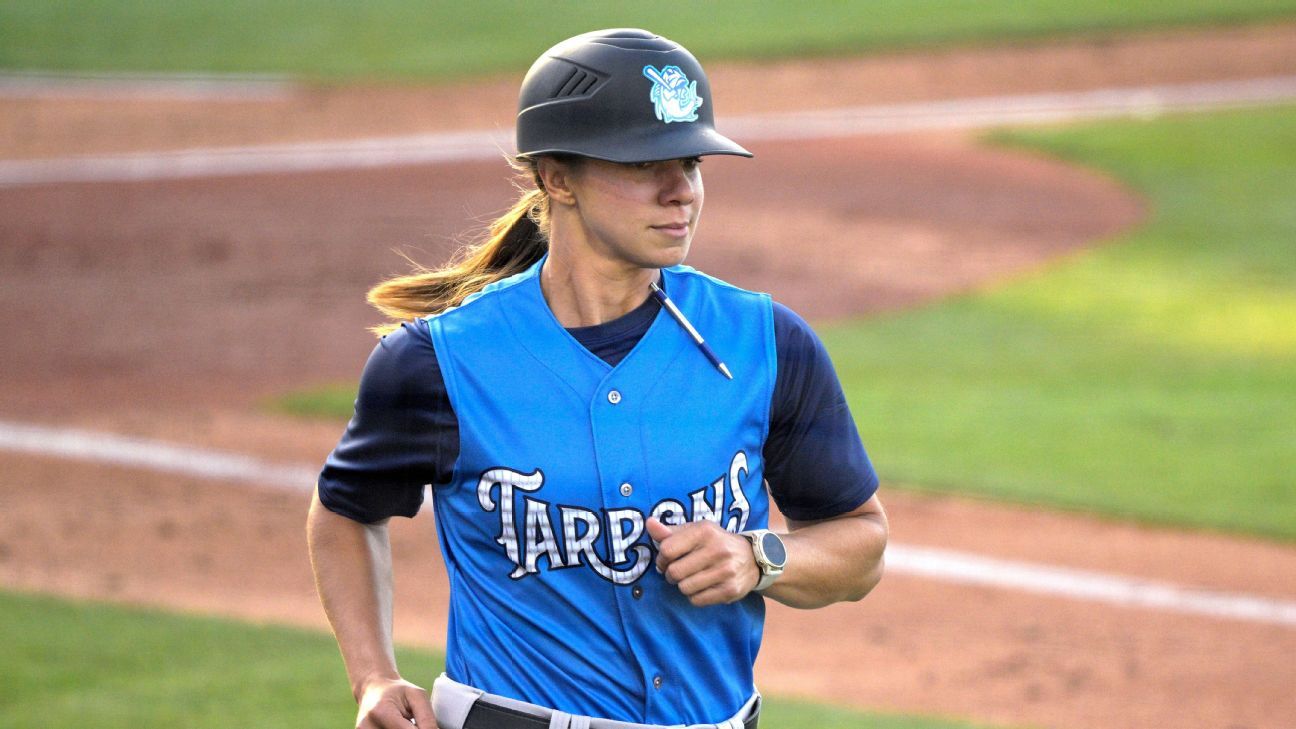 LAKELAND, Fla. — Rachel Balkovec signed some autographs, received a standing ovation when she was introduced and posed for a photo at home plate.

Then it was time to get to work. The manager of a New York Yankees minor league team had a game to manage.

But on Friday night, the fact that Balkovec had become the first woman to manage a Major League Baseball affiliate demanded even more recognition. So, as she ran from the Class A Tampa Tarpons dugout to coach first base before the top of the second inning, she broke out a chorus at Joker Marchant Stadium.

It came from a group of girls when the Tarpons were playing the Lakeland Flying Tigers in the Florida State League.

The Detroit Tigers Foundation — the Lakeland club is an affiliate — donated tickets to female athletes in Polk County schools and 1,200 were distributed.

Earlier in the day, the 34-year-old Balkovec spoke at the Yankees’ complex at Steinbrenner Field in Tampa about his career. Her parents attended while she spoke to reporters.

“It’s been 10 years of just working to this point,” he said. “Things have evolved. I was blatantly discriminated against back then. Some people say don’t say that, but it’s just part of what’s happened, and I think it’s important to say that because it lets you know how much change has happened.”

“So blatant discrimination, that was in 2010, and now here we are 12 years later and I’m sitting here at a news conference as a manager,” she said.

Balkovec and the Tarpons made the 40-mile trip by bus, arriving at the stadium about 90 minutes before game time.

Dressed in gray Yankees road pants, a blue Tarpons jersey and cap, Balkovec signed autographs along the right field line and next to Tampa’s third base side dugout as planes from nearby Sun ‘n’ Fun Aerospace Expo buzzed overhead.

The crowd cheered during pregame introductions on the field and shook hands with umpires Chris Argueza and Conor McKenna and Flying Tigers manager Andrew Graham during a lengthy exchange of lineup cards and review of ground rules. .

Highlights from the game include a homerun from Marcos Cabrera and a GRAND SLAM from Anthony Garcia! 💣#herstory #Tarpons #Yankees #MiLB pic.twitter.com/REwoT1ysap

After the quartet posed for a group photo, the Flying Tigers took to the field and history was made. As if that were not enough, Balkovec guided the team to victory, 9-6 on the day.

Balkovec has broken through several barriers on his way to the job. She was the first woman to serve as a full-time minor league strength and conditioning coach, and then the first full-time hitting coach in the minors with the Yankees.

Balkovec, who missed his spring training managerial debut after being hit in the face by a pitch during practice on March 22, arrived 10 minutes early for Friday’s news session.

“Overall, I feel very excited,” Balkovec said. “I feel excited because, fortunately, I am in the best of cases to accept a role like this because I had a lot of these players last year and I already know them.”