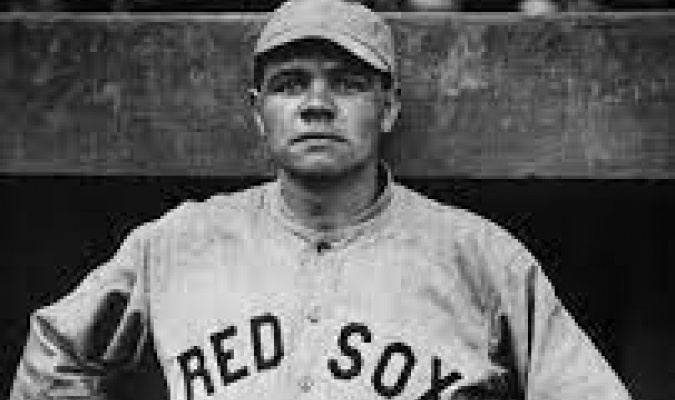 This February 6, baseball and sports in general celebrate a new birthday date for George Herman Ruth, universally known as “Babe” Ruth, born on February 6, 1895 in the city of Baltimore.

Motivated to this date, it came to our mind to reflect the extraordinary numerical coincidence that exists between the so-called “Curse of the Bambino” and the title obtained by the Boston Red Sox in 2004.

That year the Red Sox put an end to the extensive and suffered drought of 86 years without being able to proclaim themselves champions of the World Series, to understand it a little better let’s contextualize the panorama.

Between 1903 and 1918 the Red Sox were number one in the Major League elite. During that time the team achieved five champion titles, more than any other opponent, also won three tournaments in four seasons between 1915 and 1918, counting on the determined intervention of a slender and effective pitcher who quickly became one of the best hitters in the game, it was the “Babe”.

But the idyllic era ended with the 1919 season, because on December 26 of that year Ruth was sold to one of the less prestigious teams of that time, the New York Yankees.

Then-owner Harry Frazee’s motive in trading the star player was to raise the capital required to finance the Broadway play, “No, Not Nanette.”

That was perhaps the most impactful turning point in the history of the game. In New York, Babe Ruth completed his transition as the best hitter of his time, one of the best in history, and transformed the Mulos into the most successful franchise in world sports, giving shape and substance to both the legend of the Bambino in the Bronx, as well as the so-called curse in Boston.

Since his arrival in the Big Apple, Ruth and the Yankees had fantastic seasons, regularly coming to the October Classic to win it; In contrast, in Boston it was difficult to achieve winning campaigns, making it more difficult to reach the World Series and not win it at the same time.

Also read: Major Leagues: Some figures who did not win the World Series (II)

Things were so complicated that the Red Sox, since their victory in 1918, did not return to the Classic until 1946 to lose seven games against the St. Louis Cardinals, and in the remainder of the 20th century they only played the final instance in 1967, 1975. and 1986.

In the 1975 and 1986 Series, Boston made an art out of losing, especially in the dispute against the Mets, when in extra-innings, being up on the scoreboard by two runs, one strike away from lifting the trophy, in an incredible way this it slipped from their hands that seemed to be covered in Teflon.

In essence, that was what the “Curse of the Bambino” was about, the great difficulty of the Red Sox in reaching the World Series and the resounding way in which they lost the few times they were able to attend; but all that had its long-awaited final point on Wednesday, October 27, 2004.

After reversing the so-called “Curse” let’s review some data around the main character of this entire narrative.

Do you know what is the result of adding the numbers 1948, 53 and 3? WELL 2004!, the same year in which the Red Sox became champions again, if this is not surprising, then what is?

This amazing coincidence around the “Curse of the Bambino” and the Boston Red Sox is definitely one of the most shocking in the world of bats, gloves and balls.

“Babe” Ruth, the curse and the extraordinary numerical coincidence