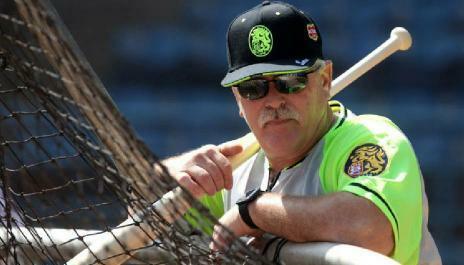 The Navegantes del Magallanes are still looking for a manager for the 2022-2023 season of the Venezuelan Professional Baseball League (LVBP) and now have Mike Rojas among their candidates.

Mike Rojasled the Leones del Caracas some time ago in the LVBP and now it’s on the radar Magellancurrent champion of the rented ball, being able to mark his return to the benches of Venezuelan baseball for the 2022-2023 season.

According to the portal En La Jugada, Maximiliano Branger, president of the Magellan Navigatorsconfirmed that Rojas is one of the options to lead the team in the 2022-2023 season, this after being a fact that Wilfredo Romero will not continue in the “Turkish Ship”.

“Mike is a baseball man that any team in the Caribbean is interested in. He knows our baseball and the winter tournaments very well. He is undoubtedly a great candidate for us, but not the only one, ”said a Magallanes manager.

In addition, it is good to note that the American Rojas will lead again in Venezuela this season, but in this case he will do so in the Major League of Professional Baseball with the Centauros de La Guaira.

Rojas assured some time ago that he would be a “caraquista” for life, but in baseball everything is possible and now he could lead the Magallanes to the front sidewalk.

Mike Rojas in the LVBP

In 2017 he arrived at the Leones del Caracas to manage in the 2017-18 season of the LVBP and was elected with the Alfonso “Chico” Carrasquel award, which is given to the manager of the year.

In addition, Rojas also has extensive experience in the MiLB and MLB.

Images of LVBP in the Play. It is ringing since before 19-20 and also available since then and until at least last month. #Magellan #LVBP pic.twitter.com/PUXLoiu5EV

ATTENTION! Navigators of the Magallanes go after Mike Rojas as manager