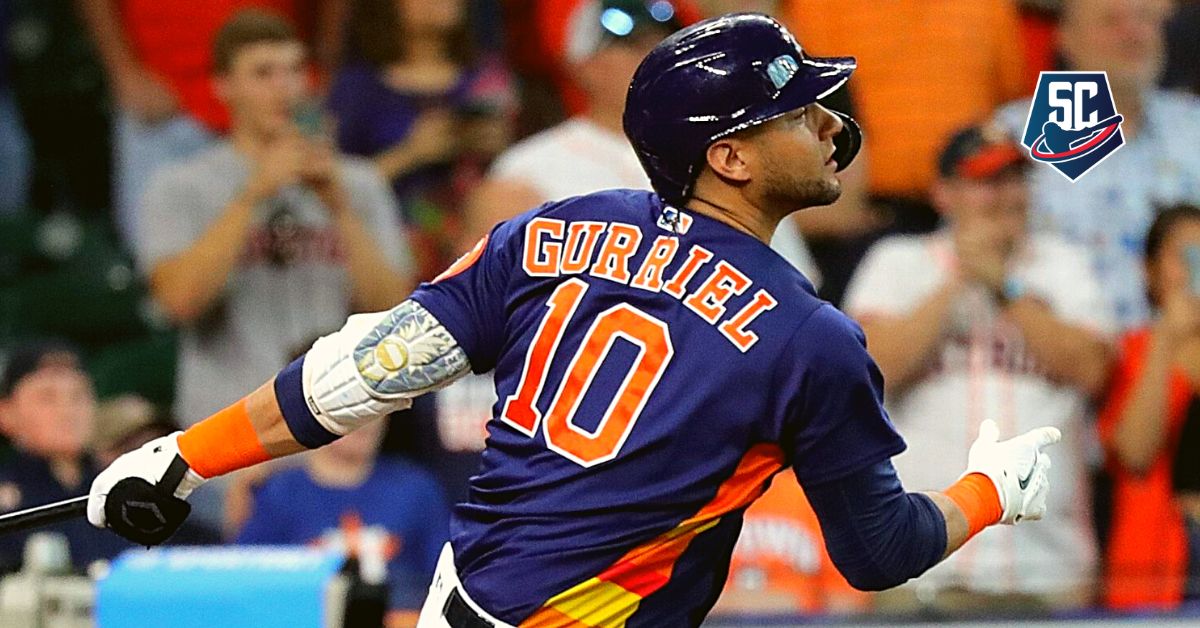 The year 2021 has been a giant for Yuli gurriel. The Cuban was in his third World Series with the Astros, therefore, he won the American League Pennant for the third time. He was also the Champion Bat of the young circuit with an average of .319 and the defense won the Gold Glove at first base. Cool!

The scope of his great season has gone beyond MLB and Cuban baseball to win awards. This time the Spaniard has been nominated for Houston Sports Awards where the best athletes who are related in any way with the city of Houston are awarded.

Gurriel is joined by another trio of candidates for the Athlete of the Year award.

Simos Biles, the gymnast born there who participated in the Tokyo Olympics. Although her movement during the summer event caused controversy, the multi-champion ended up winning a team silver medal and a bronze medal on the balance beam. Let’s remember that Biles decided to leave the games to take care of his mental health, although he returned before the end of the games and competed.

Carlos Correa had a great Major League Baseball season with the Astros. The Puerto Rican was 5th in the MVP vote while taking the Gold Glove among shortstops and the Platinum Glove (Best Defender of the circuit). In addition, he was one of the main responsible for his team advancing in the playoff against both the White Sox and the Red Sox.

Something similar happens with fellow baseball player Kyle Tucker. The Astros outfielder completed a season with 30 homeruns and 92 RBIs, even receiving MVP votes. A .917 OPS and .383 wOBA in 140 games illustrate Tucker’s great year.

Other nominees related to baseball in different categories were Nicole Mendes (University Athlete of the Year) who won the University World Series and participated with Mexico in the Olympic Games. Also, Dusty Baker (Coach of the Year) as manager of the Astros who played another World Series.

Candidates are the Moment of the Year Carlos Correa’s homerun in Game 1 of the American League Championship Series and the victory in Game 6 that allowed them to advance to the World Series.

The awards ceremony will be on February 3, 2022 and they are voted on by journalists who work in the city of Houston. Whether Yulieski wins or not, his nomination is already a pride.

ATTENTION CUBA: Yuli Gurriel Nominated for Athlete of the Year