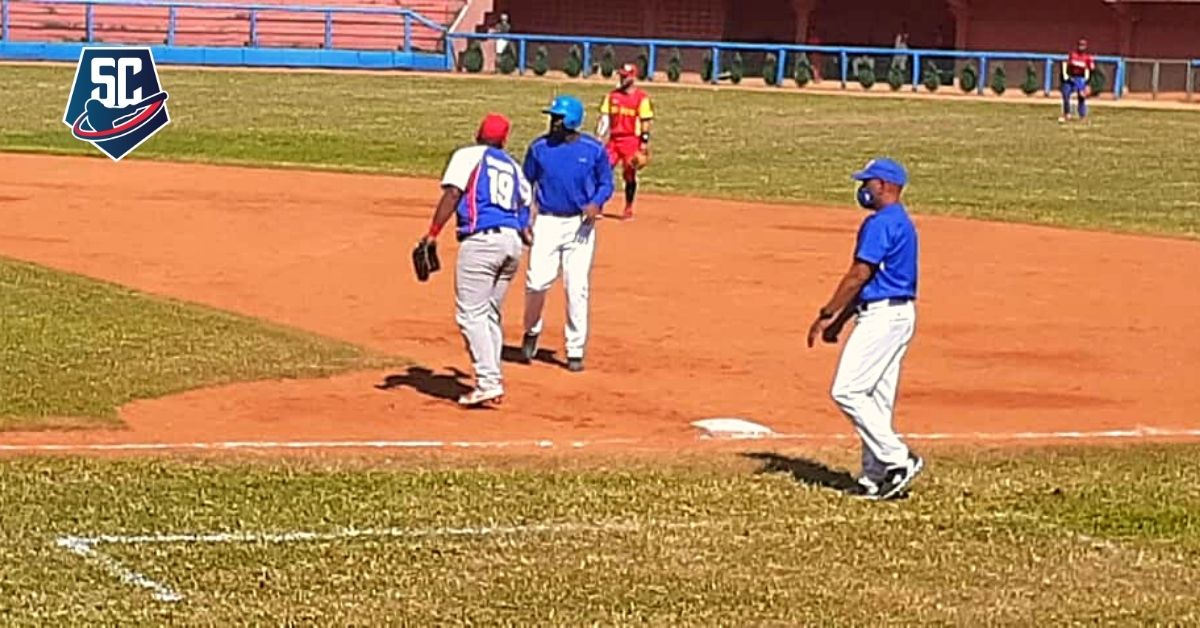 After two years of absence from the Palacio de los Cocodrilos, the Yumurino public returned to the Victoria de Girón and were able to enjoy several of the main figures of both preselections. Among the regulars, Sandy Menocal, from Matanzas who will wear blue this season, as well as Yasiel Santoya, who was consecrated in the Matanzas team and became its captain, will also wear blue for Series 61. In tribute to his career, the audience greeted him with loud applause on his first at-bat.

It was a game of pure pitching, only 10 hits were connected and a single run between both teams, only three of them connected by the visitors. The starters were Marlon Delgado for the capital and Raymond Rivero for the current runner-up national champions and Series 59 winners.

It may interest you: WITH PUBLIC IN THE GRADES: Las Tunas beat Camagüey in preseason

The blue starter, Marlon Delgado, worked the first third of the game without allowing runs and they only connected one hit, despite this they gave him several connections with strength, but from the front. His negative point was the control, as he gave away three tickets and on several occasions he was below in the count.

His reliever, the young left-hander Julio Rodríguez Durán, was not in good shape and was hit freely allowing the only touchdown of the game thanks to four of the five batters he faced, hitting him.

Eduardo Blanco, who had already received a ticket in the second inning, was the tug of the race, with a very hard shot to left field, which drove from second to Yariel Duque, who had also shot indisputably. Ultimately, Duran claimed defeat.

The winner was the Yumurino starter Raymon Piñero, who pitched four innings without allowing an indisputable and giving away a single ticket. The Matanzas right-hander prescribed three strikeouts, two of them to the forward man Alberto Calderón.

Industriales connected better to first reliever Andy Quesada, even Ariel Hechavarría was about to tie the game with a home run in the top of the fifth but an excellent fielding by Dayron Blanco prevented it. Minutes later, the former captain of Yumurino, Yasiel Santoya, connected the first blue hit, from the line to left field, although later he was surprised in second, a play that also avoided the blue tie, as Lázaro Ponce, in a later play, hit an unstoppable that would have brought the race and Yamir Rivalta was hit by a pitch.

David Monzón came to the rescue of Quesada and with very good breaking shipments, especially with a steep curve, he struck out Calderón, the third that the capital outfielder took on the day.

The second part of the game had very little offense and the changes of natural positions in this type of encounter did not show a great batting and in this way, the scoreboard remained untouchable during the rest of the challenge, with a good job from the rest of the relievers of both teams, who only allowed a couple of hits.

It was a good debut for baseball at the Victoria de Girón and the return of the public crowned an excellent baseball day, where the most important thing is not the final result, but to see the performance of the young promises that will ultimately determine the success in the Series, since it is no secret to anyone that the largest number of players, especially pitchers, will be under 25 years of age and with little experience in National Series.

AT LEAST: Matanzas beat Industriales with grout and A DOORS OPEN