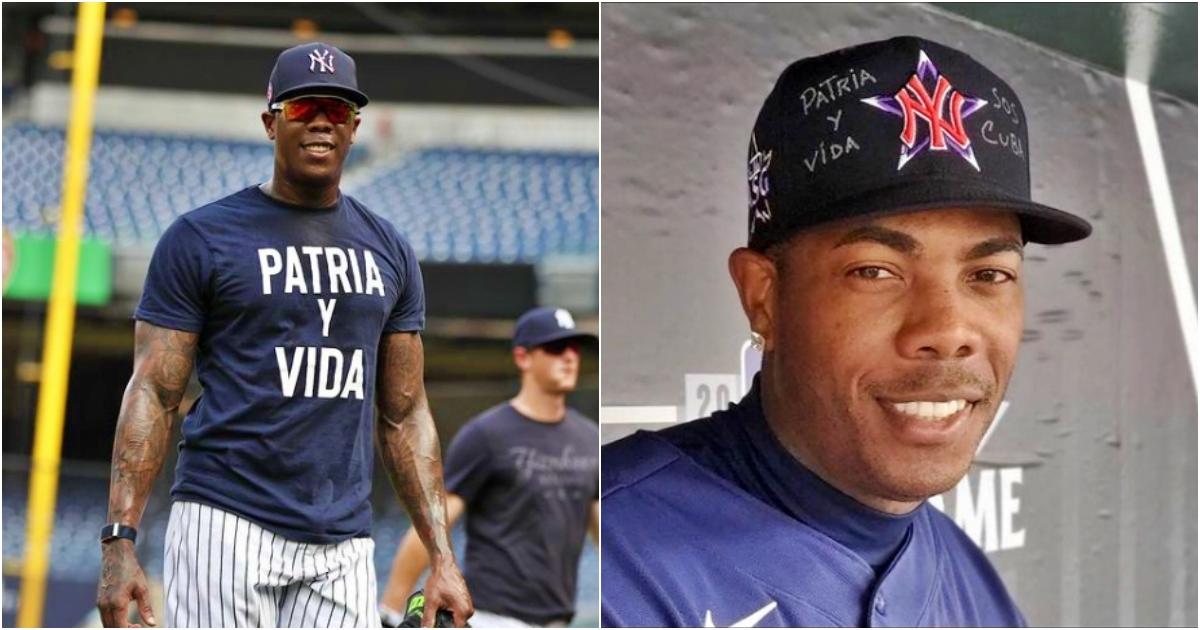 The Cuban pitcher for the New York Yankees, Aroldis chapman, assured the Cuban people that their time had come to “overthrow the dictatorship and be free”.

The stellar pitcher appeared at Yankee Stadium, during the game between the New York team and the Boston Red Sox, with a shirt where you could read the phrase “Patria y Vida”, in solidarity with the struggle that a large part of the Cuban citizenship is waging.

On his Instagram account, the pitcher posted a phrase that has been attributed to Abraham Lincoln, the patriot and sixteenth president of the United States.

“Abraham Lincoln said, ‘You can fool some all the time and all some of the time, but you can’t fool everyone all of the time,'” he wrote.

“The time has come to overthrow the dictatorship and be free, my people”, Chapman sentenced.

It is not the first time that Chapman has spoken out demanding changes in Cuba that favor the transition to democracy. During the All-Star Game, held in Denver, The Cuban also raised his voice to inform the world about what happened on July 11.

“Very good that this has happened like this, that the people have had the courage to go out into the streets. That had never happened. Hopefully it works and we can have a change. Hopefully we can get those people out of power, ”said the Cuban player, who holds the record for the fastest pitch measured in the Major Leagues (106.9 Mph).

In addition, the pitcher referred to the importance of using their digital platforms as public figures, especially in a sports event of such magnitude, to send a message to the people.

“I want the world to see what is happening in Cuba. We cannot be afraid, we must go ahead and seek the freedom that has been dreamed of for so many years. I have a lot of family there, and friends ”, assured Aroldis.