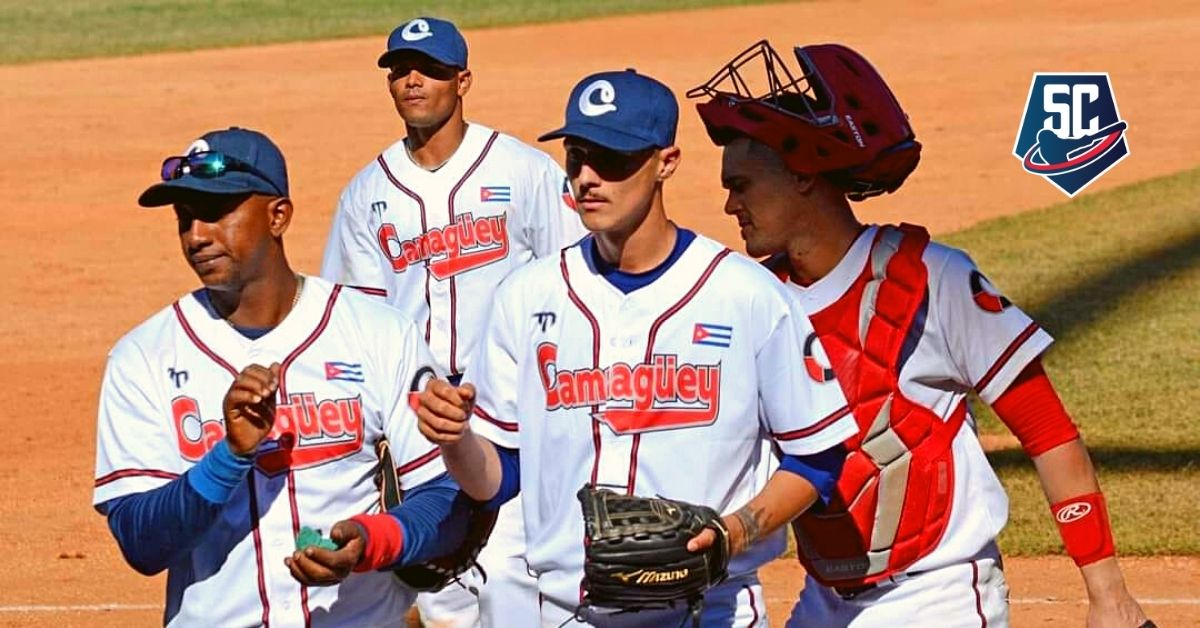 If we take a random sample of three games in the 61st Baseball National Series and the average number of runs scored by the teams involved is equal to or less than five, we are almost in the presence of a miracle. This Tuesday, he thought he was going to have that luck with the Pinar-Camagüey, Matanzas-Granma and Santiago de Cuba-Cienfuegos duels, but in the end it was just an illusion.

The finalists of the last contest, as well as indomitable and southerners, reached extrainnings and in that instance up to five men went through the register in each of the clashes, leaving in oblivion the closed markers and few runs that they had until the last of their parties.

Granmenses and Santiago de Cuba got the best part to warm up the standings, while Camagüey once again took hold of the arm of Juan Sebastián Contreras to conquer San Luis.

Alazanes take advantage of the gaps in the Matanzas lines

The favorites of the 61 National Series in January and February will not necessarily be the favorites from March onwards. Those who have doubts can ask Matanzas, who has already begun to feel the weight of the absences of Eduardo Blanco, Aníbal Medina and Armando Dueñas, who will go to fulfill professional contracts in Spain.

This Tuesday, the Crocodiles succumbed 9 × 4 in extra innings against the Alazanes in the Victoria de Girón, where they accused the lack of a guaranteed closer and batters who energize their offense, at least while Erisbel Arruebarrena and Yadil do not return to regularity Mujica.

Without Blanco or Medina, the Yumurinos lose speed and contact in their lineup, which this Tuesday left 13 runners in circulation. Precisely, Los Matanceros produced four runs for a home run by Yadir Drake, a pinch-hit single by Arruebarrena that brought in two, and a sacrifice fly by Ariel Sánchez.

Apart from that, the people from Matanzas lacked spark with the wood and they also did not have Dueñas to pull the bolt when they were in the lead, which the Alazanes took advantage of to press until the end and take the 9 × 4 victory. The squad led by Carlos Martí came in losing to ninth, but equalized the actions by one of the four driven by Alexquemer Sánchez, the big man of the afternoon.

The patrolman had four hits, including a double and a home run, and scored twice. In the ninth, after a hit by Carlos Benítez, a hit by Guillermo Avilés and a sacrifice by Iván Prieto, Alexquemer put the tables on the board with a rocket to the center-back against the shipments of the promising left-hander Naykel Cruz, who failed in his mission to preserve the advantage minimal.

Already in extra innings, Matanzas could not score in the tenth or eleventh despite loading the bases on both occasions. A strikeout by Drake, a groundout to the box by Brian González and a double play by Andrys Pérez condemned the team led by Armando Ferrer, who will have many headaches in the decisive stretch of the campaign.

Above all, the relief pitching will be one of the points to be addressed by the Yumurino high command. This Tuesday, the speedy Carlos Álvarez –he reached up to 94 miles– was very irregular, as were Haykel Parra and Alain López, who allowed producer hits by Alexquemer Sánchez, Carlos Santana, Darién García and Osvaldo Abreu.

By the way, do not think that I have made a mistake by including Carlos Santana among the promoters of the Alazanes from the offensive box. The closer from Granma consumed a turn at the plate because they had been left without a designated player, and at the right time he hit a bruise over the third baseman that became a two-run double. Baseball stuff!

Despite the defeat, Matanzas remains at the top of the championship with a record of 17-8, closely followed by Mayabeque (16-9) and Santiago de Cuba (16-10), who won their respective duels on Tuesday.

Another Contreras reigns on the mound of San Luis

Many times the mound of Captain San Luis shook with the brilliant performances of José Ariel Contreras, but this Tuesday it was another Contreras who reigned on the mound in Pinar del Río and was not wearing the Vegueros jersey.

We are talking about Juan Sebastián Contreras, from Camagüey, who has become the great revelation of pitching in the championship. The right-hander threw a jewel again and handcuffed the Vegueros de Pinar del Río shootout, who lost 3×0.

few hours after being awarded as the MVP of last week in the tournamentContreras took the feud of the Vueltabajeros by storm and was totally indecipherable for seven chapters, in which he only allowed two hits, gave six strikeouts and gave away three walks.

For Camagüey, Carlos Pedroso was in charge of completing the task by entering the eighth episode with two runners in circulation for two tickets from the first reliever, Luis Mario Macías. Pedroso forced Lázaro Emilio Blanco to hit into a double play, and in the ninth he didn’t allow any liberties with a couple of strikeouts and a ground ball into the infield.

In offensive matters, the incombustible Yordanis Samón stood out for the Bulls, author of a home run to open the scoring in the fourth inning. In addition, Yosbel Pérez drove in one for a single in the fifth inning, shortly after Luis Gómez –on base with a double– went through the register thanks to an error by Pinar del Rio first baseman Frank Raúl González.

This is Contreras’ second triumphant outing against the Vegueros in the current season, after overcoming them on February 6 at the Cándido González. On that occasion, he also finished seven innings with four hits and one clean, while his team supported him with 11 touchdowns.

The right-hander has become the main trump card for the Bulls, as illustrated by his numbers in the last five appearances. In that span, he has pitched 37 innings, with 33 strikeouts, 10 walks and six earned runs allowed, for a 1.46 ERA. In addition, he has only had 19 hits in 129 official at-bats, so they hit just .147.

Contreras puts Camagüey back on the path to success after being swept away last weekend in Artemisa. Now the Camagüey have a record of 12-14 and are still below the qualifying line, although not far from the postseason positions. However, they need to be more consistent in their performance to hope to maintain the image of the last two years.

It seemed that the Wasps of Santiago de Cuba would emerge victorious without major setbacks in the 5 de Septiembre park in Cienfuegos, but they had to sweat the fat drop against the Elephants, who revolted in the final stages and almost took a lawsuit out of the freezer.

The untamed led the eighth inning, after making three runs in the seventh thanks to a fly ball by Dasiel Sevila with the bases loaded and a timely two-run double by Denis Alá, who came out to hit as a pinch hitter. That difference seemed decisive, especially since the high command of the eastern team sent their closer Luis Fonseca, leader of the championship with eight saves, to the box.

But in baseball there is nothing written and, with two outs in the eighth, the Cienfuegos made three runs on RBI hits by Pavel Quesada, Yoasnier Pérez and Pedro González, the latter two emerging. The table was then set for the definition in extra innings, where the people from Santiago got the best part by a grand slam by Yoelkis Guibert.

The indomitable patrolman had gone blank in five innings, but in the tenth he did not forgive with a full house and the ball disappeared to pitcher Maikel Borrell, ultimately losing the match. The victory was scored by Yoandri Montero, who allowed two hits and one run in 2.1 innings of work.

Santiago de Cuba had lost four of the last five duels against Sancti Spíritus and Villa Clara, so this match against the sotaneros Elefantes is an opportunity to get out of the bad moment. From the outset, they have achieved their sixteenth victory in the championship and have been 1.5 games behind the Matanzas leaders.

In other results of the day: Artemisa spectacularly beat Las Tunas 7×6, the Mayabeque Hurricanes completed the comeback and left the scoreboard in a definitive 7×5 against Holguin and Villa Clara left Guantánamo on the field with a 5×4 scoreboard. At night the Leones de Industriales and the Gallos de Sancti Spíritus will face each other.