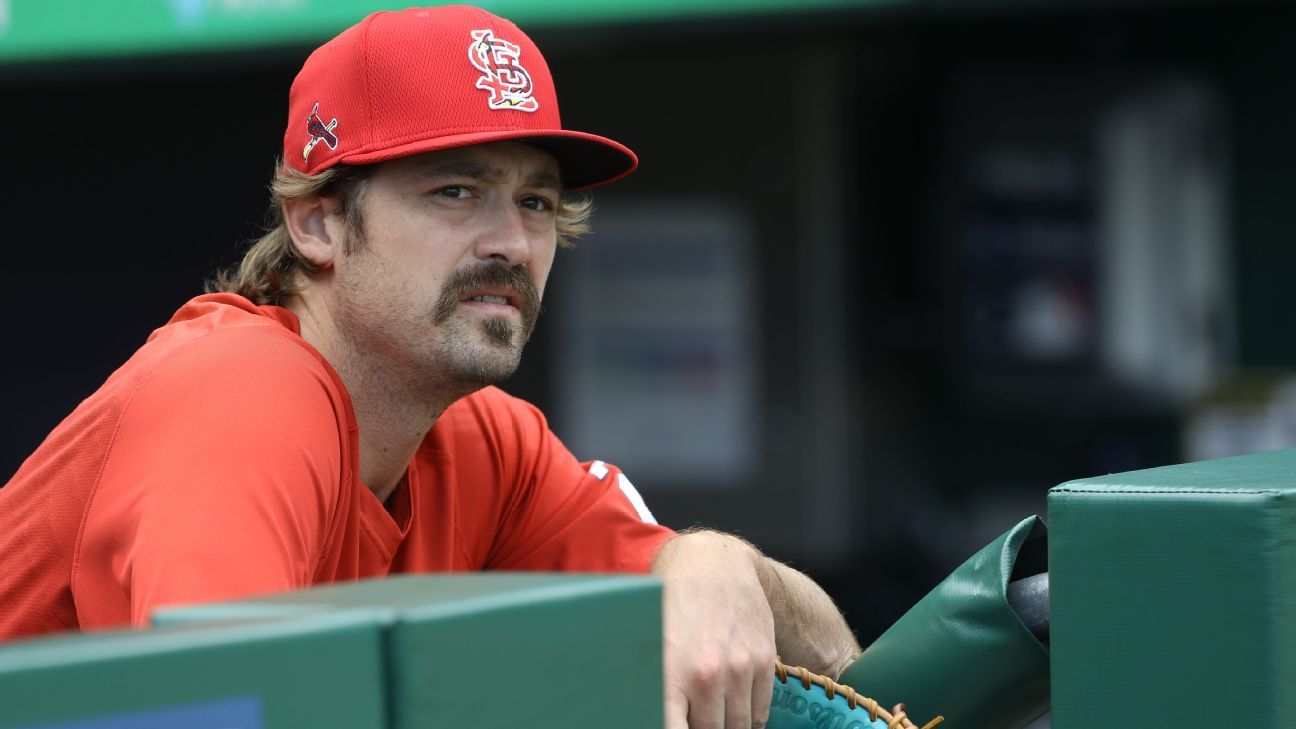 With a week to go before the scheduled start of spring training, owners continue to lock out players and the sides are unable to reach a new collective bargaining agreement (CBA). Those involved are talking, but progress has been slow. Very slow.

One of those in the room during negotiations is the 36-year-old free agent reliever Andrew Millerone of eight players on the MLBPA executive board.

Late last week, Miller agreed to answer questions about the negotiations, though without going into much detail about the specific proposals on the table.

Where are the things?

We are in a lockout, which we don’t have to be. The owners have decided to use that as a form of leverage against us. We are not allowed to enter the premises nor can we communicate [con los entrenadores]so unemployment is a separate story, but we are negotiating [renegociando el CBA]. No one has caught the ball and run home. Ideally, we come to an agreement, but that part [el cierre patronal] of the situation is controlled by the property.

Our CBA is up. In some ways, a lot of it is financial, but we feel like we’ve been shouting this from the top of the roof, we have big concerns about competition across the league. Tanking (losing on purpose to get a better spot in the amateur draft) has become an all too common term. There are all kinds of pieces. There are major themes that fans will understand and things are behind the scenes. There are many moving parts.

That’s complicated. However, the reasoning is that we don’t think it will speed up the process at all, history tells us that in our sport it has not been favorable to reaching an agreement and our staff and external advice guide us in things like this. That’s what they are for. Our position is that it is the opposite of negotiating and being willing to negotiate. We are there and our proposals and desire to meet at the table prove it. The league refuses to counter, the league is the side that has stagnated and hasn’t been willing or ready to engage.

What is it like to be in the trading room?

Obviously, things are slow. Why doesn’t the league listen to you?

They have listened to us in everything. Nothing discussed with them should come as a surprise. Since the last couple of collective bargaining agreements, we’ve seen changes in the way the league is operated, how the markets have worked and it’s something that we’ve been very enthusiastic about publicly, it needs to be addressed. The time to do so is through collective bargaining.

For example, service time manipulation has come to the fore. This hyper-efficiency of teams trying to maximize everything instead of putting the best team on the field for the fans is a problem. It’s affecting a handful of players, but it’s not right for them to be manipulated.

And there have been rebuilds in the past, but the cycles were much shorter. Teams are announcing it now, telling their fans that we’re not going to compete because we’ve all come to realize that draft picks are valuable.

You’ve said you want improvements for players across the board. The league believes they have addressed that in their proposals. They have done?

I’m not going to go too deep into this, but I would say that since we’ve seen a lot of what they brought us, it doesn’t necessarily have the teeth that it needs to have the true effect that they even say they’re trying to achieve. And the devil tends to be in the details. We have smart people guiding us, but these things are very complicated.

Fans sometimes ask, what’s wrong with the NBA or NHL system that includes a salary cap and revenue sharing?

Talk to the players in those leagues and see how it works for them. It is not a magic bullet that eliminates any disagreement with the players and their leagues. In any case, he joins her. Also, there is a discussion about what constitutes income.

Our union has felt that it is not the best system for us. It points to a way to create parity, but we’ve seen a lot of different teams in baseball win or succeed. There are other ways to make the market work in a way that everyone can be happy.

But without a minimum salary, teams may not spend because they can win without. As you just said, different teams have been successful, both with high and low payrolls, like the Rays.

The Rays have won, but we’re not necessarily happy with the way they’ve always operated. They’re big beneficiaries of revenue sharing, and is the way they use that money what’s best for baseball? This is what we discussed. Both sides have their experts and we all debate.

Are you encouraged by some of the things that would be new in this deal, like an NBA-style draft or that pre-arbitration pool the league agreed to in principle?

Is it realistic to see the minimum wage and the CBT (Competitive Balance Tax) increase significantly?

Why wouldn’t they? We see the amount of money coming into the league, particularly with these TV deals, that’s great. What CBT was originally designed to do, it no longer works that way. The draft pick penalty, for example, almost seems more punitive than the financial aspect of exceeding the luxury tax.

It wasn’t that long ago that free-agent markets stalled and died. And the players and agents heard him, ‘certain teams won’t get through [el impuesto] this year. They only have so much money because they are so far away from it.

Did you take the proposal to address service time manipulation as ‘great, let’s reward teams for doing the right thing’? Some of his colleagues did.

It’s complicated. Creativity is great. And I don’t know if it can’t be a piece of the puzzle, but that needs to be addressed. The situation of Chris Bryant it was so obvious. That is something that is bad for everyone. That was bad for the sport. Everybody knows. It’s unfortunate that we have to find ways to prevent that and it goes back to that hyper-efficiency. We’ve seen teams telegraph their moves.

And to affect a player like Kris like this, and to be so brazen about it and so brazen to his fans, we feel like it needs to be addressed in this. This is one of those things that should be mutually beneficial.

That is a touchy subject for me. The ability to abuse a player’s career for their own benefit is why we have collective bargaining to address these things.