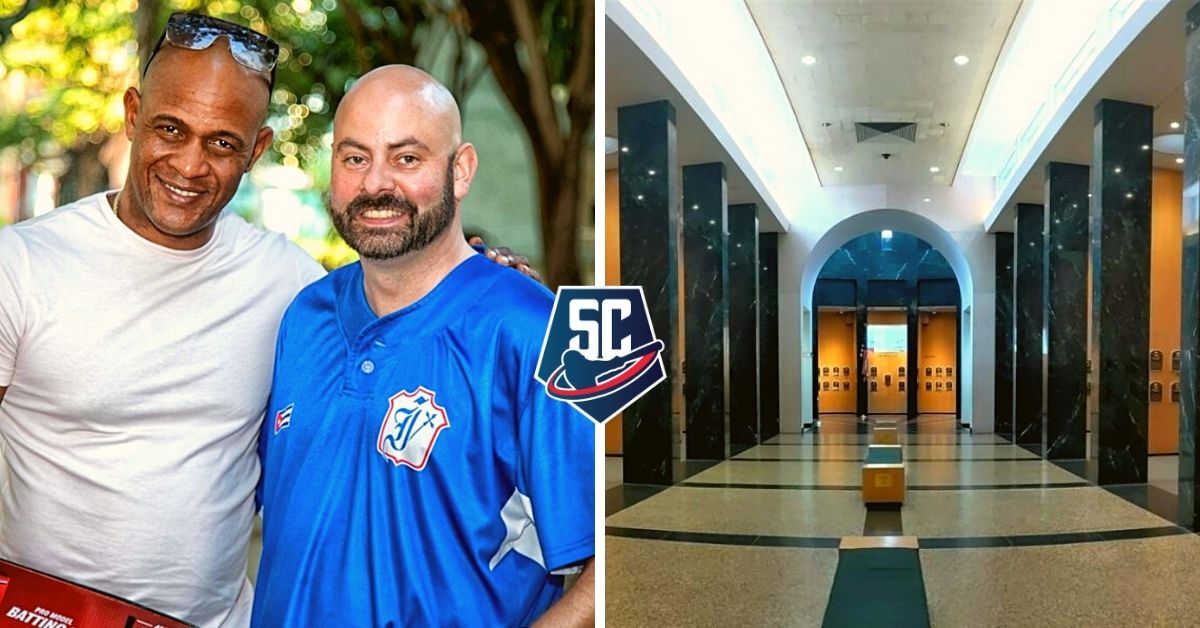 Lately the Cooperstown Hall of Fame is generating excellent news for Cuban baseball in different ways. The enclosure in which the history of professional baseball in the United States is collected and built in 1939, not only focuses on a museum space where the plates of the exalted and part of the memorabilia of the sport of balls and strikes. There are several more components, but in almost all of them Cuba has been and is present in some way.

In a 2022 where Cubans and Latinos will have the joy of seeing Orestes “Minnie” Miñoso and Tony Oliva, along with Dominican David Ortiz, officially enter this sacred place, news has just been released related to another important event. who is part of this highly respected institution.

It is linked to the former fourth batter of the Industrialists and the North American Phil Selig, who have just been decorated by Cooperstown.

As had happened before with the documentary “Fuera de Liga” by Ian Padrón and last year with the material on this server about Germán Mesa’s fieldsthe United States Hall of Fame Film Festival recognized a work by the American photographer that has Malleta as the protagonist.

The short documentary “Have Malleta Will Travel”, which had been previously screened in the museum’s cinematographic room, received recognition from the event’s organizers for turning the total number of award-winning materials directly linked to the Exhibition Hall into three. Fame of the most important country in terms of baseball.

Phil Selig has traveled to Cuba on several occasions and there he has independently developed exquisite work as a photographer, both in the Latin American stadium and in other baseball venues on the island.

A native of Dartmouth, Nova Scotia, the man with the same surname as the previous Major League Commissioner (not related to Alan Bud Selig) has lived in the Canadian capital, Ottawa, for several years.

This year there is the intention, at least on the part of Swing Complete and Dporto Sports, to participate in the new edition of this Festival with themes yet to be defined, but in any variant they will have the central point in Cuban baseball again.

It may interest you: Grande Kindelán: The “Drum Major” APOLOGIZED to the Cubansus

Complete Swing maintains its intention to create a special movement for the exaltation ceremony of Miñoso and Oliva, to which some twenty fans and even baseball players have already joined, with a ball game included, as well as a tour of a museum (they need least three hours for that) and a special meeting with the three-time American League batting champion (Oliva). The group would tentatively start from somewhere in New York or New Jersey one or two days before Sunday, July 24, which is when the exaltation activity will take place.

Alexander Malleta also made it to the Cooperstown Hall of Fame