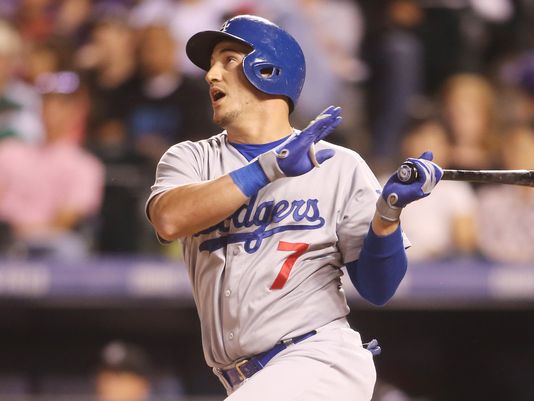 If there is a Cuban player with a strange sports career, it is shortstop Alexander Guerrero. When you are most active, you suddenly disappear and when you are most lost from the baseball arena, it becomes news, overnight.

Despite his powerful offense and an acceptable defense in shortstop, the player from Las Tunas was always marginalized from the Cuban national teams at important events. He participated in the Rotterdam and Haarlem tournaments in 2011 and 2012, respectively, forming part of the preselection for the III World Classic of 2013, but was not called up to the Cuba team.

After leaving the island in 2013, Alex Guerrero was training in the Dominican Republic, a country from where he obtained his free agency to play in the best baseball in the world. He was signed by the Los Angeles Dodgers for four years and $ 28 million in October 2013 and remained with the team until 2016.

Guerrero made his major league debut as a pinch hitter on March 22, 2014, in a Dodgers game against Arizona Diamondbacks held in Sydney, Australia, opening the season that year. However, when he was about to hit, a change of pitcher caused Guerrero to be substituted as well, without seeing even a pitch pass. The next day, again as a replacement in the ninth inning, Guerrero struck out in his first official shift in Las Mayores, at the same venue and against the same rival.

In 2014, during a game in the Minors, he was involved in a fight in the dugout with his teammate Miguel Olivo, in which he lost a part of his ear, which caused him to undergo a complicated plastic surgery operation.

After ending his contract with the Dodgers, the player from Las Tunas played in the Japanese League (NPB) between 2017 and 2019, with the Chunichi Dragons and the Yomiuri Giants. In his debut, he won the title of the tournament’s top homerunner, compiling 35 quatries kicks., setting a record for the Dragons after hitting at least one home run in 6 consecutive games.

Since 2019, no news had been received from Alex Guerrero and his possible return to professional baseball, already at the age of 34, until the site Cubalite.com, it just echoed a note published in CPBL Stats, a website specialized in Taipeyan baseball, which involved the Cuban shortstop.

As explained by Cubalite.com, “after several days of rumors, the Fubon Guardians, organization of the Professional League of Taipei of China, disclosed the name of its new foreign gunner” for the current domestic championship and it was none other than Alex Guerrero, who would return, presumably, to professional baseball.

“On September 26, the deputy director general of the Guardianes told the media that Cuban slugger Alex Guerrero, 34, is the player they signed. However, Guerrero has decided to terminate his contract and no longer return to Taipei, “said CPBL Stats.

But… how so ?, all the followers of Guerrero and Cuban baseball will ask themselves. Good and bad news in one paragraph ?! Here the explanation.

“Apparently, the Guardians have been tracking Alex Guerrero since 2020, and Guerrero himself also expressed interest in playing in Taipei,” the CPBL Stats note said.

“Both parties reached an agreement in May this year. However, shortly after the contract was terminated, an outbreak of the pandemic that occurred in Taipei forced the suspension for almost two months and Taiwan closed its border to all foreigners, “he added.

“After almost four months, the special entry permit visas were finally granted to new foreign players in the league, but Alex Guerrero felt that by the time he completed his 21-day quarantine, the 2021 season would almost end,” the aforementioned note explained. .

“He thinks that under the circumstances, he wouldn’t be able to contribute to the team right away,” said the Guardians assistant general manager. “He also regrets not being able to come this year.”

Analyzing what happened, it is very easy to understand the decision made by Guerrero in a situation like this, in which the health situation of the country is combined with the little time left to play. However, given the Cuban’s prolonged inactivity for two years now, this could be an excellent opportunity for the man from Las Tunas to be able to accumulate some at-bats, which allow him to convince team owners that he still has potential to play professional baseball. .

For now, let’s remember this walk-off by Alex Guerrero in his time with the Dodgers and his words after the game: