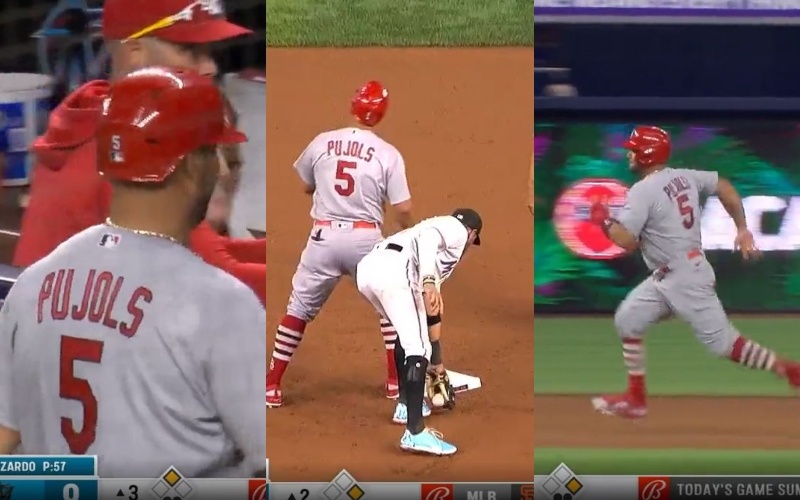 Dominican Albert Pujols continues to produce for the St. Louis Cardinals in his last season in the MLB.

Through the game of St. Louis Cardinals vs the Miami Marlins, Albert Pujols he showed off batting 2-for-3 as the fifth batter and designated hitter in the MLB 2022.

Albert Pujols He continues to make himself felt on offense, without the need to only go after home runs in the Majors, this one in his first at-bat hit a double, while in his second appearance at the plate he also dropped a hit to center field against the shipments of Venezuelan Jesús Luzardo.

Albert Pujols with double 673 of his Major League career. 🔥 pic.twitter.com/KMqccFusOr

Pujols stole the show after scoring on the run from first base taking advantage of a triple by Tommy Edman, the Dominican challenged the arm of Jazz Chisholm Jr, who made a bad throw to the rubber even though he had the opportunity to put Pujols out.

The St. Louis Cardinals beat the Miami Marlins 5 runs to 1, thanks to a good start from Adam Wainwright (5.2 IP, 2 H, 1 ER, 6 K), followed by Giovanny Gallegos, TJ McFarland and Ryan Helsley, who combined to close out the game without allowing any more runs in the MLB 2022.

Albert Pujols scored from first and was hot with the bat