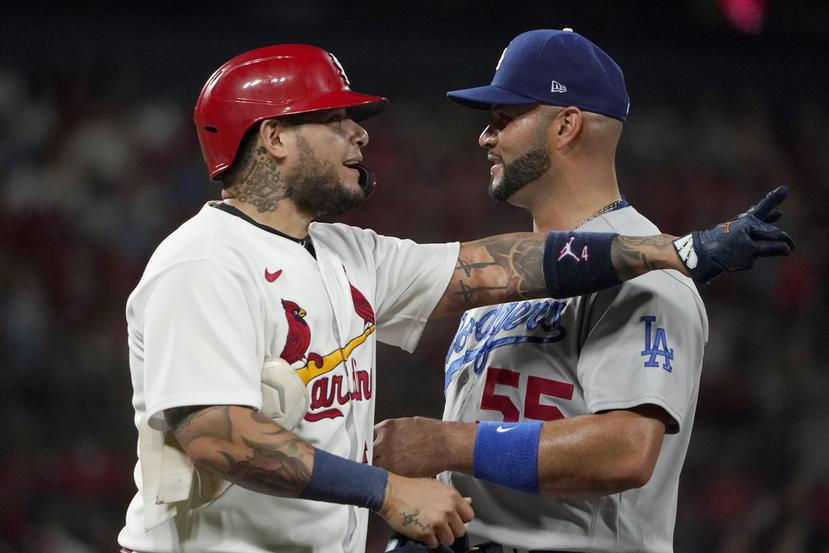 Albert Pujols and the St. Louis Cardinals discuss a possible return of the Dominican to where it all began in the MLB.

The St. Louis Cardinals and future Hall of Famer Albert Pujols they are discussing a reunion and talks have resumed, reports Katie Woo of The Athletic.

Woo explains that Pujols would not be an everyday player with St. Louis, but instead serve as a right-handed bench bat and part-time starter. Pujols, now 42, remains a weapon against left-handed pitching, posting a line batting .234/.336/.603 with 13 home runs in just 146 plate appearances against lefties in 2021.

The Cardinals have had increased conversations with three-time MVP Albert Pujols, and interest is growing in bringing back the former Cardinal for the 2022 season, multiple sources familiar with the situation tell The Athletic.

He shouldn’t be facing righties (he’s hitting .180/.223/.266 against them in 2021) and at this point in his career he has no defensive or baserunning value, but as a situational hitter against lefties, Pujols can make an impact. real.

The National League is adopting the designated hitter this season. Pujols won’t unseat Paul Goldschmidt at first base, but he could share at-bats at DH with Paul DeJong, Edmundo Sosa and newly signed Corey Dickerson.

Top prospect Nolan Gorman could also be a factor at some point. The point is that Pujols will have to accept a reduced role to return to St. Louis.

For Pujols, a return to St. Louis Cardinals it would also give him a chance to join the 700 home run club. He currently ranks fifth on the all-time home run list and it’s unlikely, but not entirely impossible, to climb into sole possession of third place this season:

Albert Pujols in talks to return to the St. Louis Cardinals