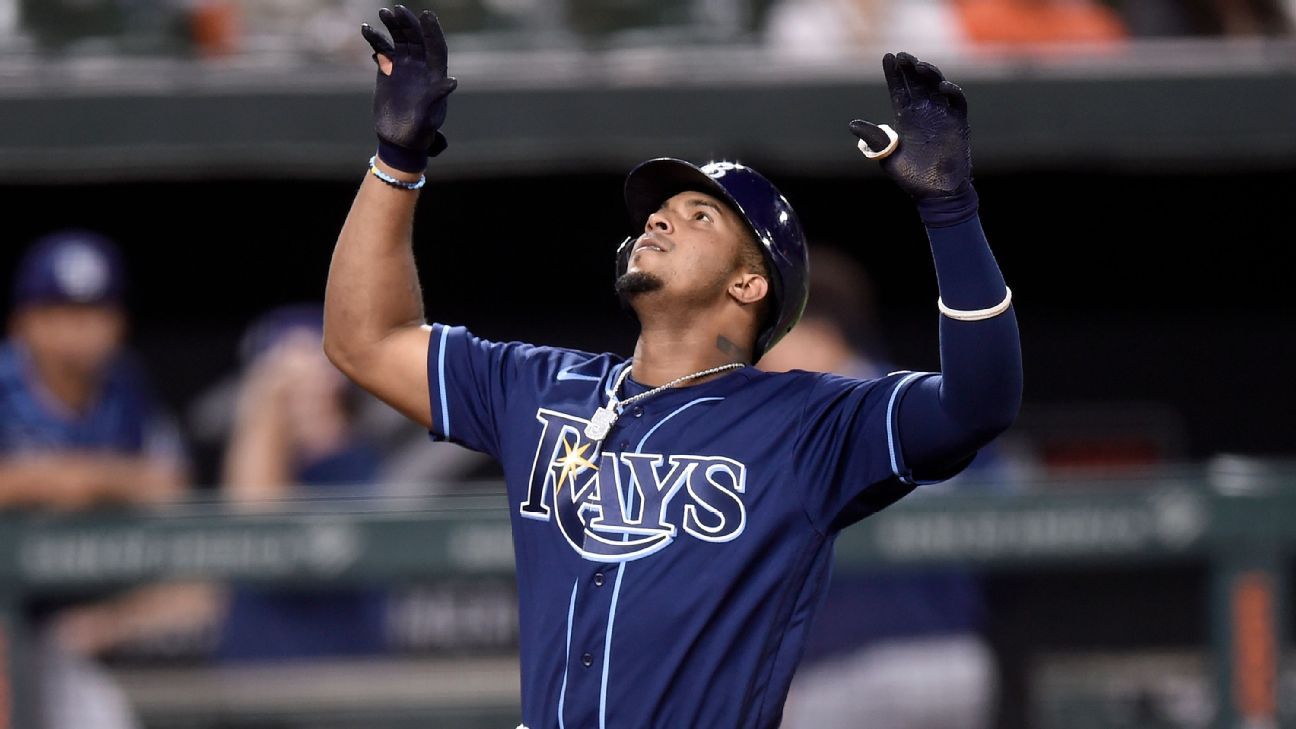 the dominican Wander Franco and Curaçao Jurickson Profar led a great performance of the Latin American troop to win the first two places in the ranking of the best Latin hitters of “Al Rojas Vivo”, which for 17th. consecutive year publishes ESPN Digital weekly during the regular season of the Major Leagues.

“Al Rojas Vivo”, which is published on Tuesday of each week, takes into account statistics for the entire year up to Monday’s games. Players are not considered by their salaries, level or fame, but by their performance throughout the current season.

The sophomore had three hits in three of the Tampa Bay Rays’ first four games. Franco, who is hitting .600 (9-for-15), is the second player 21 or younger to get three or more hits in three of his team’s first four games and the first since 1974. Franco has three RBIs and a stolen base. He is now hitting .304 in the first 296 at-bats of his MLB career.

The San Diego Padres won four of their first five games of the season despite missing the All-Star shortstop from their lineup. Fernando Tatis Jr.. and one of the main reasons for this start is the Curaçao Jurickson Profar. The former baseball great prospect is batting .357 (5-for-14) with two home runs and seven RBIs. Profar has been walked three times, which helped raise his OBP to .471.

The Dominican Gardener Teoscar Hernandez got off to a great start with a mission to prove that his All-Star season last year was no fluke. ‘Chino’ is batting .417 (12-5) with a home run, a walk, four RBIs and a great defense in right field for the Toronto Blue Jays. Last season, Hernandez hit .296 with 32 home runs and 116 RBIs.

Dominican third baseman José Ramírez, one of the best players in the world, kicked off the season appropriately celebrating his new contract with Cleveland. Ramírez is batting .375 (6-for-16) with two doubles, a home run, two walks, five RBIs and three runs scored. The three-time All-Star challenged for the AL MVP award in four of the previous five seasons and before Opening Day 2022 he signed a five-year, $124 million extension, guaranteeing $150 million for the next seven seasons. .

In a team loaded with great sluggers, the Dominican utility Santiago Spinal is one of the most pleasant surprises of the first week of the new season. Espinal, who can play infield and outfield, is hitting .455 (5-for-11) with two doubles, two runs scored and two RBIs. Espinal, who has started Toronto’s first four games, has a .500 on-base percentage.