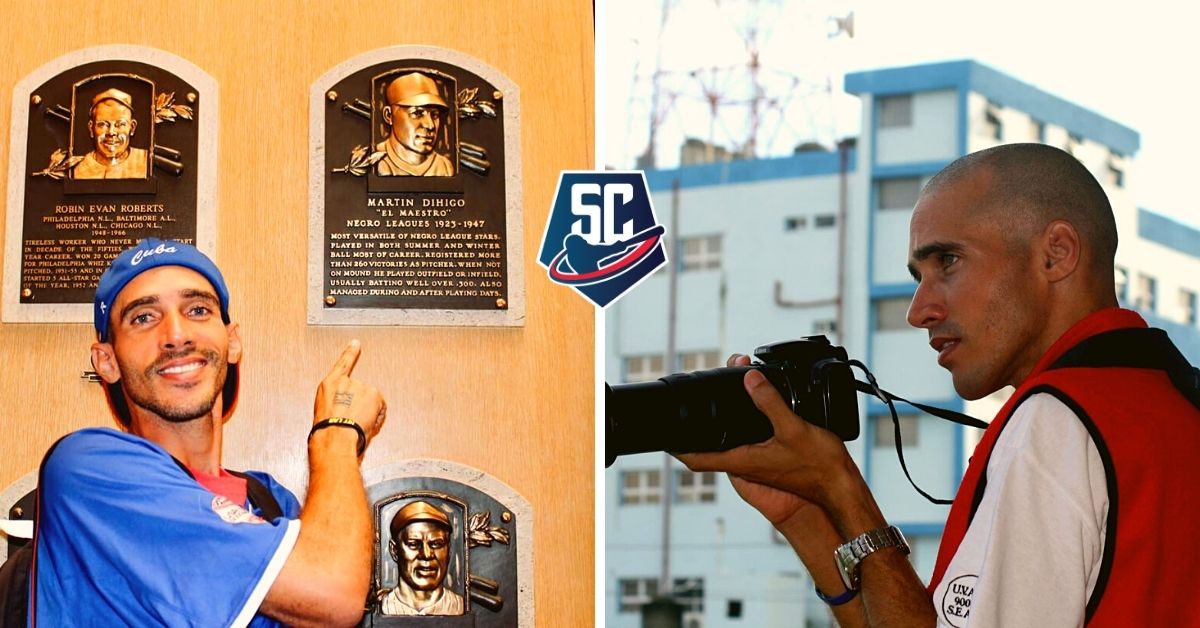 The reopening of borders on November 15, together with the new options to reach certain destinations on the continent, has caused the emigration of Cubans to grow considerably in recent months. Trying to improve his economy and that of his family has unleashed a new migratory wave in which the different components of sport on the Island are naturally included, and in this sense, journalists have also played a leading role.

Spain has received several of them through scholarships and invitations to events that keep them temporarily in the mother country, but with the hope of establishing themselves in some way in the European country, while others have looked for alternatives in the American continent with their sights set almost all to cross the border between Mexico and the United States.

A week ago, the case of the arrival in the United States of Matanzas Raúl Almeida through the southern border crossing was known, and days later another journalist joined with an extensive and recognized work inside and outside Cuba.

This is Reynaldo Cruz, from Holguin, the only member of the American Society of Baseball Historians and Researchers who resided on the island. He has stood out as a photographer, researcher, writer and translator, and has been part of several projects that have been carried out carried out internally and also internationally.

It may interest you: He crossed the border and is already in the United States, a player who was going to play the 61 Series

Rey worked for many years in the Holguin newspaper “Now” until he decided to move to Havana and be one of the leaders of the “Beisbol de Siempre” project on Cuban television.

He achieved high recognition in the union of baseball journalists and historians in the United States. He participated with prominence with two SABR Conventions and had the privilege of writing several articles for the prestigious magazine “The National Pastime”, in addition to working on several books and research produced by the most important baseball social organization in the world (SABR). He was also fundamental in the investigative work to find the remains of baseball players Esteban Bellán and Cristóbal Torriente in the Colón cemetery.

Reynaldo has worked on the production of several documentaries in English and Spanish that have been presented in Cuba and the United States, and on projects in progress such as the series “9 Innings of a Travesía”.

The talented 39-year-old professional has been in charge the “Universo Baseball” site, recognized by MLB within its platform and which has the merit of having become the first Cuban baseball magazine.

It may interest you: President of INDER said that Cuba will soon add another 2 stadiums to play at night

Through MLB he covered the cap against Tampa Bay, was inducted twice into the Cooperstown Hall of Fame and became the first Cuban-based journalist to receive accreditation to work at Yankee Stadium.

As soon as you receive your work permit, you will join the Complete Swing team, taking advantage of your professional versatility. And although it will be part of much of what is currently being done within the different platforms, part of its fundamental contribution will be in everything related to projects in English, several of which are in the process of being completed.

It may interest you: At 200 miles per hour! The meeting and bond between Maels and Chapman

After crossing the border and settling in the United States, he joined Swing Complete, renowned journalist