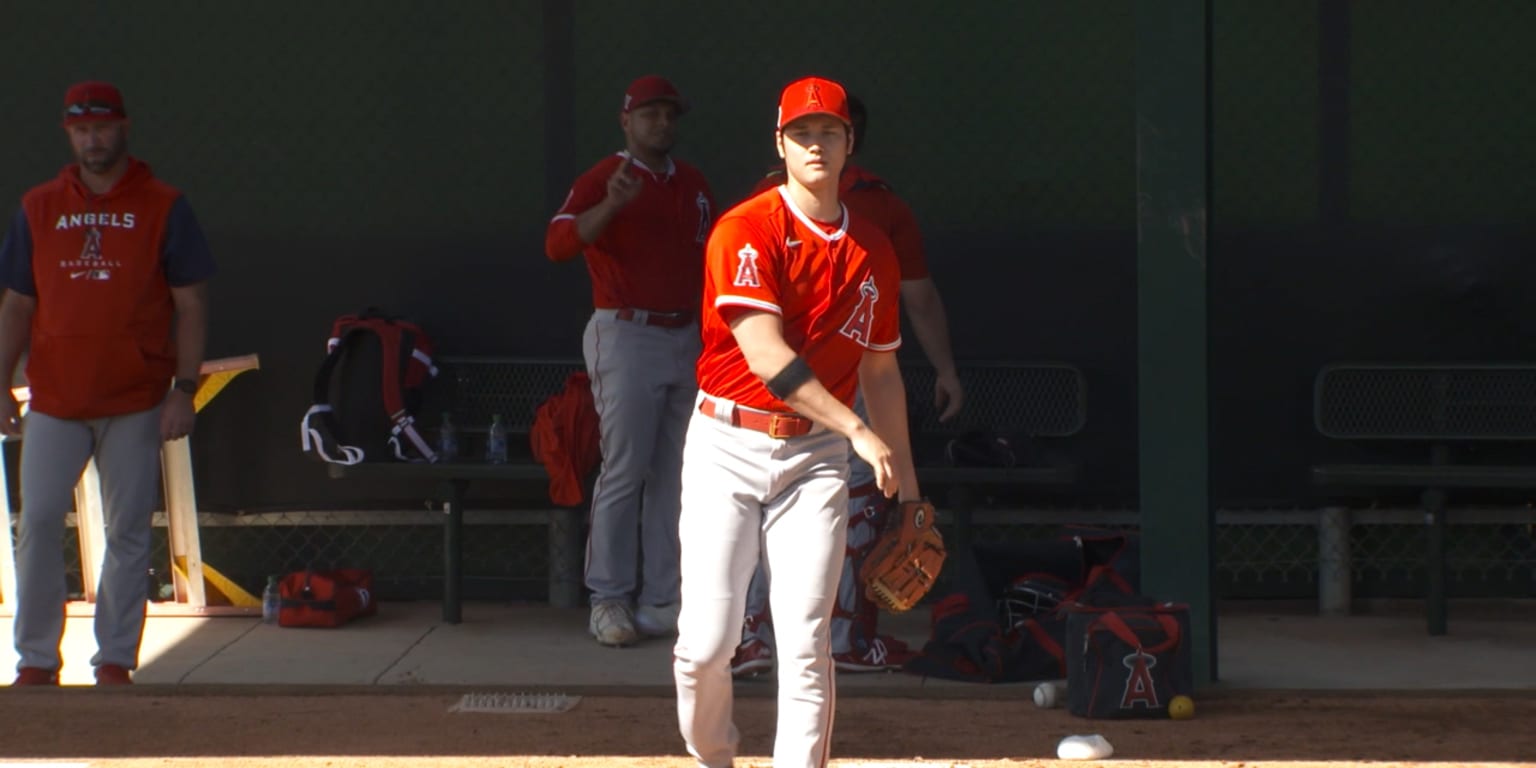 TEMPE, Ariz. — The baseball world hasn’t seen a campaign like the one that led to Shohei Ohtani’s unanimous election as the AL MVP in more than half a century.

The new season is fast approaching for his Los Angeles Angels, and Ohtani wants to make more history.

“I feel like I can’t do the same thing I did last year or have the same stats,” the Japanese player said Tuesday at the Angels’ preseason complex. “I need to improve and keep progressing. This is the plan”.

Not even the most impressive season by a player as a pitcher and hitter since the days of Babe Ruth has made Ohtani satisfied.

“Obviously there is room for improvement talent-wise,” he said. “But physically, I feel a lot stronger than last year, so I think we’re off to a good start.”

Ohtani wants to do more in all aspects. He hopes that production translates into greater collective success for a franchise that hasn’t had a positive season for three years before the Asian star’s arrival.

Ohtani hasn’t made as many significant additions to his training regimen over the offseason as he did a year ago. He considered, with ample justification, that what he had done had worked well for him.

“Nothing is going to really change personally from having a good year,” he said. “I feel the key is to continue to be successful for many years to come. As soon as we can do that, I feel like I like where our team is.”

Angels manager Joe Maddon sees a particular area where Ohtani would have a chance to expand his game. However, he explains that he has no complaints about the previous season.

“It’s hard to imagine him doing more this year than he did last year,” Maddon said. “I would be content with a repetition of what was done before. I’d add maybe more innings as a pitcher, but he’s just another species. He is a good man and it turns out that he is also an extremely good ballplayer.”

Ohtani made 23 starts last season in Los Angeles’ six-pitcher rotation. The number will hardly increase by more than a couple of starts.

The Angels beefed up their rotation in the offseason, adding Noah Syndergaard and Michael Lorenzen. However, they still have Ohtani to stand out on the mound.

Ohtani hopes to improve his control this year, particularly early in the season. It is likely that he will start the opening game on April 7, although Maddon has not confirmed this.

“There’s a part of me that would like to start the opening game, but I’m not really thinking about it,” Ohtani said. “Whether it’s hitting or throwing on opening day, I just want to get off to a good start.”

After a brilliant campaign, Ohtani looks to improve