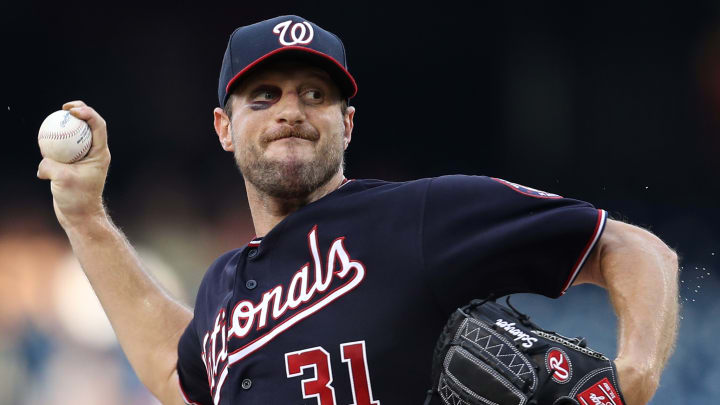 Max scherzer is one of the names that has been ringing to be changed before the deadline on the MLB. Although it will be a costly operation for the club that acquires him, the Washington Nationals have been receiving calls to inquire about his availability.

The team that adds to Scherzer his rotation will have a bigger trump card, which could give him the profile of a favorite in the playoffs. So far this season, he is 7-4 with a 2.83 ERA in a total of 105 innings pitched while striking out 142.

Among the advantages that Scherzer will offer to the team that receives him is his leadership on the mound that in a postseason is worth a lot. If you are one of the first to start, you will have two to three chances to pitch in a best of 7 game series.

The 36-year-old right-hander, likewise, is a performing marksman in decisive duels. He has already won a World Series in the 2019 campaign, a fact that shines through on an efficient service record in seven playoff appearances: 7-5, 3.38 ERA in 112 innings and 137 fans.

However, not everything is positive about Scherzer. Against him he has the advanced age with which he transits in 2021 (36 years) and that he is in his last year of contract with the Nationals for $ 27.3 million. The set that takes it will experience a considerable load on their payroll until the end of the regular round. Also there is no guarantee that he will continue with that shirt in 2022.