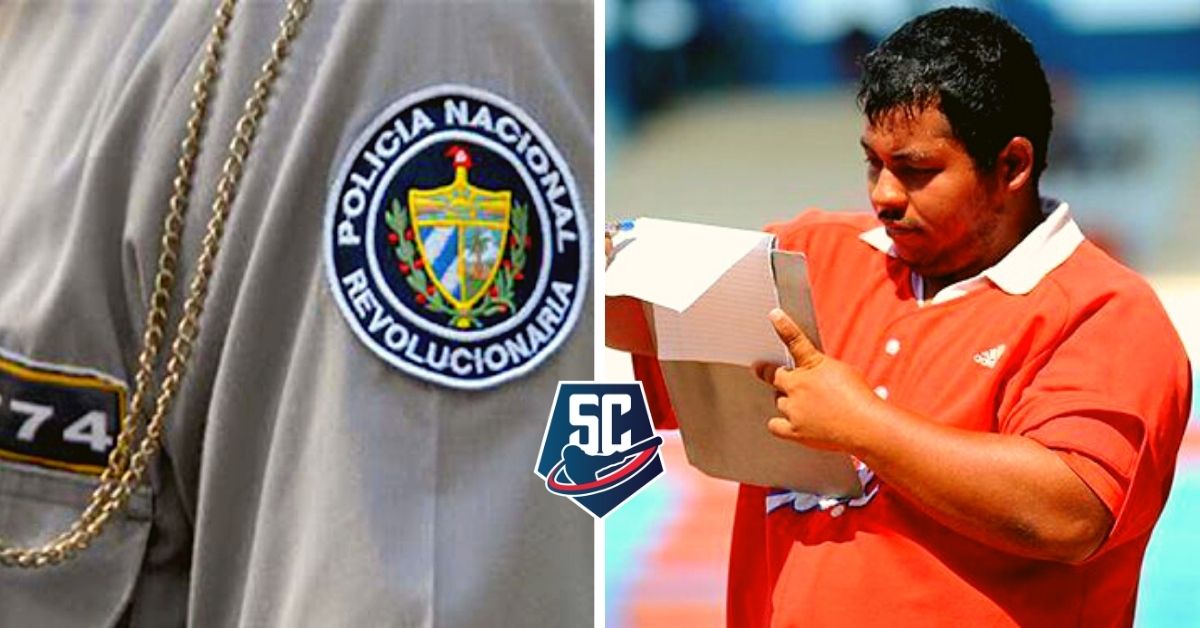 With fans or fans like Takechi, as a great friend of mine says, “we just don’t lose.” As there are throughout Cuba, and in the province of Holguín itself, this boy has long since become the soul of the Cubs and of the Calixto García stadium in the capital of Holguin.

This Thursday there was an event that surprised many people in the beautiful northeastern facility and that was commented on on the Facebook page of the radio broadcast “Swing Deportivo”, from the provincial radio station Radio Angulo.

It turns out that Takechi energetically rebuked several law enforcement officers present at the scene at the height of the fourth episode of the third meeting between Ciego de Ávila and the local squad. While many people thought there was something wrong directly with the faithful follower of the hounds, the real reason had to do with something admirable that hopefully would be an example for everyone who goes to a stadium.

In a post published by José José Romero de los Reyes, the veracity of which we later verified with two other people who were in the stadium, he disclosed what had happened and even had the possibility of bumping into Takechi at the exit of the baseball park to find out about first hand the reasons for their annoyance clearly visible.

It may interest you: DUE TO LACK OF POLICE, the game of the second most important sporting event in Cuba was suspended

What he strongly demanded from the police was nothing more than to take some kind of action against a group of people who were disrespecting first baseman Yeison Pacheco from the stands. The experienced Cubs player has been immersed in a very deep slump that has led him to have one of his worst starts to the season to not be absolute.

But there are those who have gone through the networks and especially in Calixto García himself, professing all kinds of offenses against the athlete, as if he really wanted to have that bad result and affect a team that, by the way, has a behavior more than poor in the tournament. And not only because of the negative offensive role of the native of Santiago de Cuba.

Once again I say that the demands of the fans must have limits, especially when it comes to Cuban athletes who decided to play in Cuba with all the limitations it has in terms of salary and conditions. I do not pretend that they throw flowers at him for the latter and they cannot be criticized for anything bad that happens to them in sports, but everything in its fair measure.

If it is bad to utter obscenities through digital platforms, groups, pages, etc., it is even worse to yell from the stands of a stadium any kind of profanity towards someone who is sunbathing every day and trying to look good with that public at Despite all the personal problems like the entire Cuban society, because playing in the National Series far from solving many times certain difficulties are even more acute.

It may interest you: Yulieski Gurriel BREAKS SILENCE with his 1st interview in a long time

I know that there are many respectful people like Takechi, although only a few are able to go to meet those in charge of avoiding these reprehensible acts and warn that if they continue with that attitude they have to leave the stadium. For that, the police are also in the stadiums, because in all parts of the world security personnel have among their priorities the expulsion and even fine those who transgress the rules of discipline in a sports center. And at least, as far as I know, saying all kinds of bad words that many of them reach the athlete’s ear, is part of what should not be done in a sporting event of any society.

Returning to the hero of this story, it is not the first time that his prominence as a faithful follower of the Holguin team has transcended through journalistic media or social networks in general. Tributes have even been paid to him at the Calixto García stadium, which have been promoted in the Cuban state press itself.

According to a writing by colleague Nelson Rodríguez and I quote: «Born in the heyday of Oshin in the “90s” in Cuba, he is characterized by not separating himself from his scoring table as soon as he plays, whether in the National Series, the Sugar League or the Provincial Series. Under sun or rain. Even so, he does not stop his compilations and the signs he imparts. Sometimes I wonder how he manages to find out about game times and venues, transportation coordination, in order to appear in Marcané, Las Tunas, “Cristino Naranjo”… he is omnipresent. He is surely far from being a statistical expert, but I invite you to ask him for any data and you will be surprised by the precision of these ».

Congratulations to Takechi once again for his contribution to Cuban baseball, for also being an essential component of the game as a fan and as a contributor so that it does not lose its essence.

It may interest you: The controversy of an almost perfect game and Lazo’s tough attitude