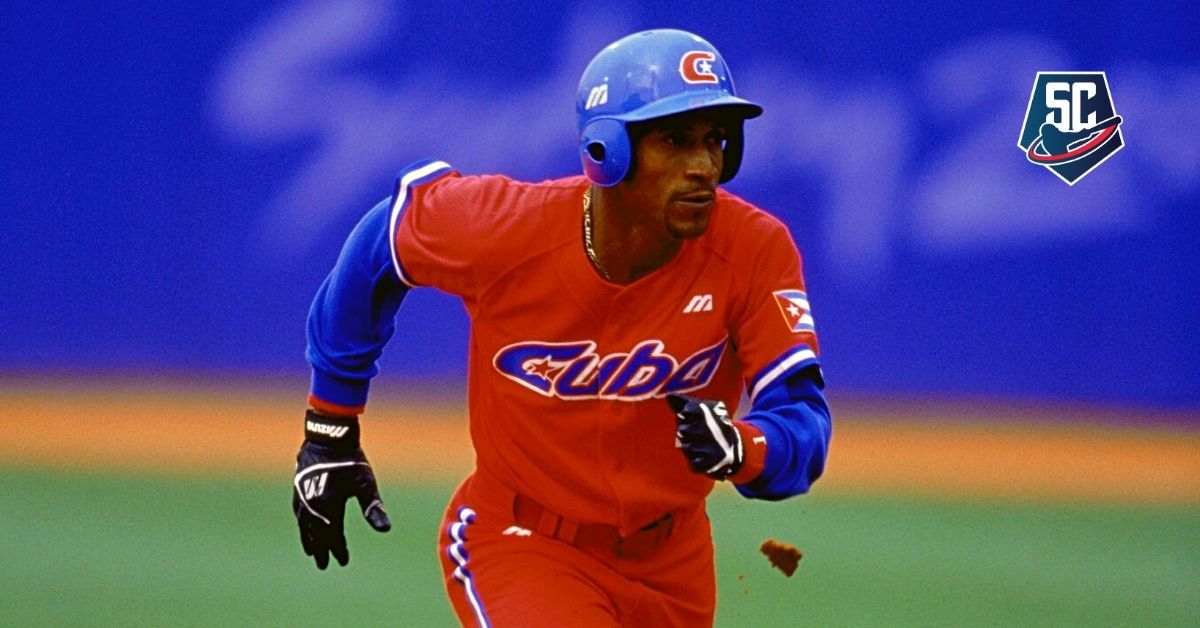 Players and people in general with the characteristics of Luis Ulacia are unlikely to find the respect and admiration of the majority. With defects in both facets, but with a series of virtues notable enough to get a positive opinion from many.

From the sporting point of view, one of the few negative events that could be “pointed out” to the versatile former lead batter from Camagüey occurred in the semifinal game of the Pan American Games in Indianapolis in 1987. And I say point out in quotes, because his subsequent attitude is what it is actually worth.

Cuba and Puerto Rico fought hard in that game that gave way to the discussion of the title, reaching the final stages with a one-run tie. The Cuban squad threatened at the beginning of the eighth chapter without that being fruitful. Ulacia was precisely the last out, after being dominated in a crush by second baseman that seemed to materialize routinely. Nothing is further from that reality because although that inning ended with the play, it was only in theory.

It may interest you: News about Luis Ulacia

After calling out at first base, Puerto Rican first baseman Efraín García ran in search of Luis Ulacia with the worst possible intentions. The Cuban was in the short zone of the rightfield where he had finished his career started from home. The annoyance of the main offensive figure of that squad was due to the fact that he had received a hard blow to the foot that he considered intentional due to how he was positioned at the base to receive the shot.

In the images you can see that the prominent Puerto Rican player had his reasons for getting extremely angry because the blow was with the spike de Ulacia whose final result was an injury for which he had to leave the game almost immediately.

Fortunately, the members of both teams managed to intercede between the two players and the situation did not get worse than expected. In addition to García due to the pain in his foot, the Cuban also had to leave the game by decision of the referees.

It may interest you: Biography of Puerto Rican baseball player Efraín García

Cuba ended up taking the victory in that semifinal thanks to the decisive home run in the next inning by star Antonio Pacheco. The troops led by Higinio Vélez later defeated the United States in the discussion of the Pan-American gold.

On this subject Ulacia told me that everything had been part of the heat of the game and the impetus to come safe to first base at all costs. “Looking at it later, you realize that the entrance was strong and my intention may seem bad to many. Efraín García had reasons to be angry because of the two of us I was the one who invaded more territory. But it wasn’t like there was any intention to pin him or anything like that, it was just that I was running hard and trying to outrun the shot as hard as I could. When I realized that I had hit him and I saw him going towards where I was, I didn’t even know what to do. At that time I couldn’t hit anything because everything was very fast and that was very hot. Thank God everything calmed down quickly and then nothing more happened”, confessed to me who many catalog the most important player from Camagüey who has passed through the National Series.

«I later apologized to them and to Efraín later and today I apologize again because I was never a player to be involved in that type of problem. On the contrary. I understand his reaction because in his place I possibly would have done the same, “said the Olympic champion of Barcelona 1992 and Atlanta 1996, in addition to subtitled in the Sydney 2000 event.

And that is what life is about, recognizing the mistakes that are made or at least making humility overcome pride to ask for forgiveness from the person affected regardless of the degree of intentionality or mistake of the perpetrator. For this and for so many other examples, Ulacia is, in my opinion, one of those Cuban baseball players who deserve to be in the group of those whose virtues have made them shine in the most important field: that of life.

ADMIRABLE: Luis Ulacia apologized for past problems and injuries