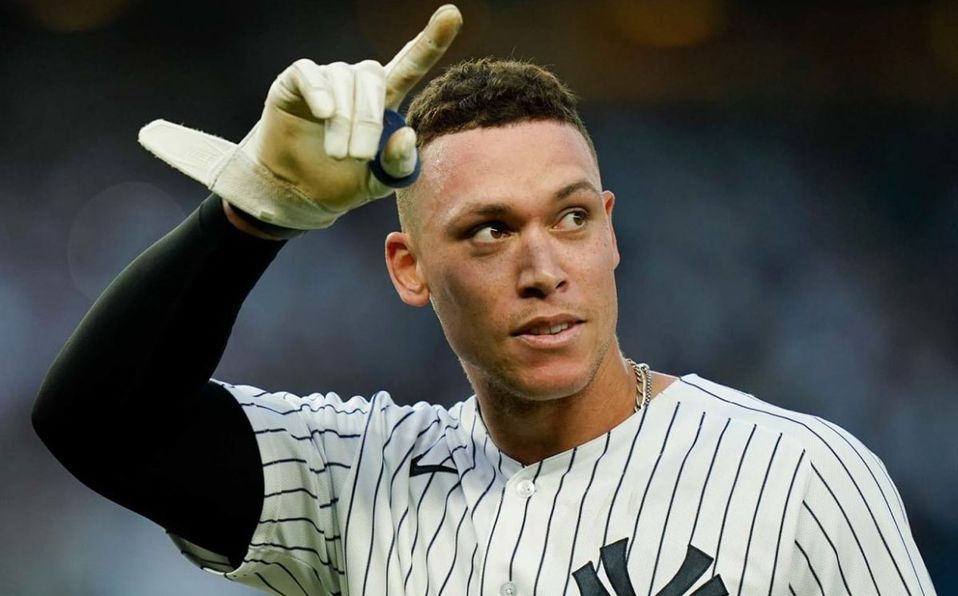 The gardener Aaron Judge has let them know yankees when you want your extensionfrom contract and put worrying words in his mouth in full work stoppage of the MLB.

Judge has made it clear that he would like to reach a contract extension before opening day, and that otherwise, well, he has plenty of memories of wearing a Yankees uniform.

Aaron Judge by saying “If it doesn’t happen, this is my last year and I have many memories here” is insinuating that he is leaving, that he is going to listen and take other offers from other MLB teams more seriously.

What if we do a vaquita, Yankees fans?
So that the judge does not leave 🤑🔥😰

“If we get an extension before the season starts, that would be great… If it doesn’t happen and this is my last year, I have a lot of good memories.” The Judge said via Talkin Yanks.

The serious mistake that is no longer committed.

Simple: If the player dies not to go to another team, the GM and the team take advantage and have that advantage, but if the player is a net trader who is only looking for good money and guaranteed years, nobody has an advantage.

Months ago Aaron Judge said he wanted to be a New York Yankees player for life, however, he knows that the team can use those words in their favor to take advantage of his intentions.

“That’s a wish of mine, a goal of mine, to finish my career as a Yankee,” the slugger said.

Now he said that if there is no contract extension before the end of the season, there is a possibility that he will go to another team, putting some pressure on the New York Yankees to start negotiations.

Aaron Judge will turn 30 in April 2022, during about six seasons in the Majors he has accumulated the rookie of the year award, 3 times all-star and 2 silver bats.

Aaron Judge fires at Yankees over his contract extension