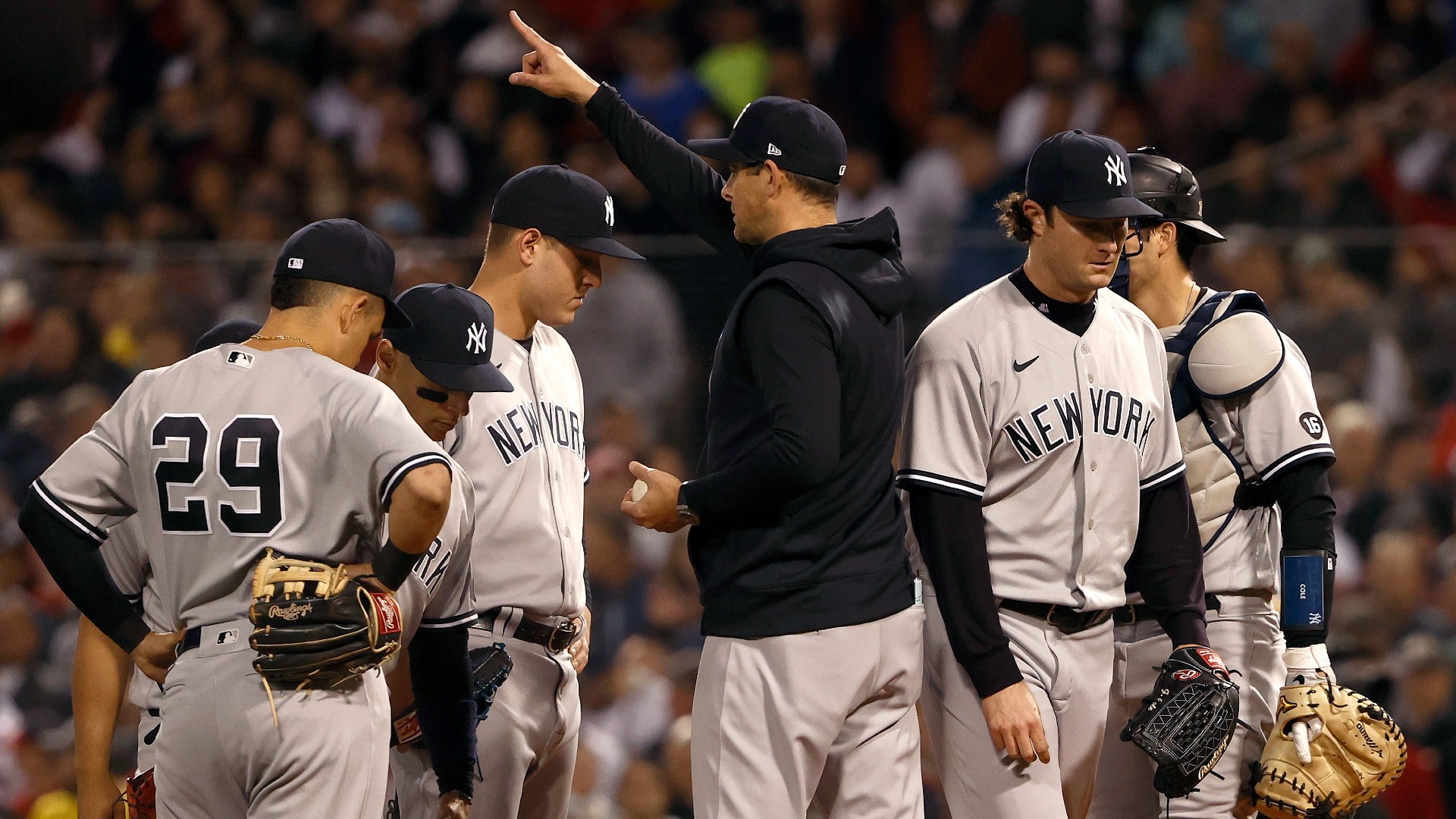 The New York Yankees They have a great dilemma for the next season of the MLB, given the number of starting pitchers they have and the places they rotation.
Getting a pitcher for the New York Yankees is a second or third priority, so far the first is signing an elite shortstop, or, rather, Trevor Story or Carlos Correa.

Although they already offered Justin Verlander a contract before he renewed with the Houston Astros, they also had to see how Corey Kluber signed with the Tampa Rays.

How many starters do the New York Yankees have?

What is the dilemma of the New York Yankees?

The Yankees already have some starters who won’t tolerate going to the bullpen unless they’re having a hard time or recovering from injury.

What are those openers?

Gerrit Cole is obviously the ace and millions pitcher. While Jordan Montogomery and Nestor Cortes jr. They did a great job throughout the 2021 season and they deserve the rotation.

There is some uncertainty about when Jameson Taillon might return after undergoing offseason surgery, but once he’s ready, he could possibly last a while in the bullpen and be put back into the rotation.

The dilemma would be for a fifth starter, the questions of whether Luis Severino will be a starter for 2022? Has Luis Gil made a better impression than other rookies or prospects? Does Deivi García come in “revenge” mode in search of what one day seemed to be his? Do youClarke Schmidt is a promise again? You have to see what he brings after overcoming a great injury.

The Yankees’ pitching was clearly not the big problem, failure is a bit more of a burden on offense and some aspects of defense when it comes to catcher and shortstop.

Once again where it was reflected was in the wild card game against the Red Sox, where the starting pitching gave up many runs, but there was no offensive tow either, except for Stanton and Rizzo, who drove in the team’s only two runs.

It should be noted that last season they had many opening arms, in addition to those mentioned there were Corey Kluber and Andrew Heaney, in the total there were about 9 opening arms with the exception of Luis Severino, who was not suitable for that yet.