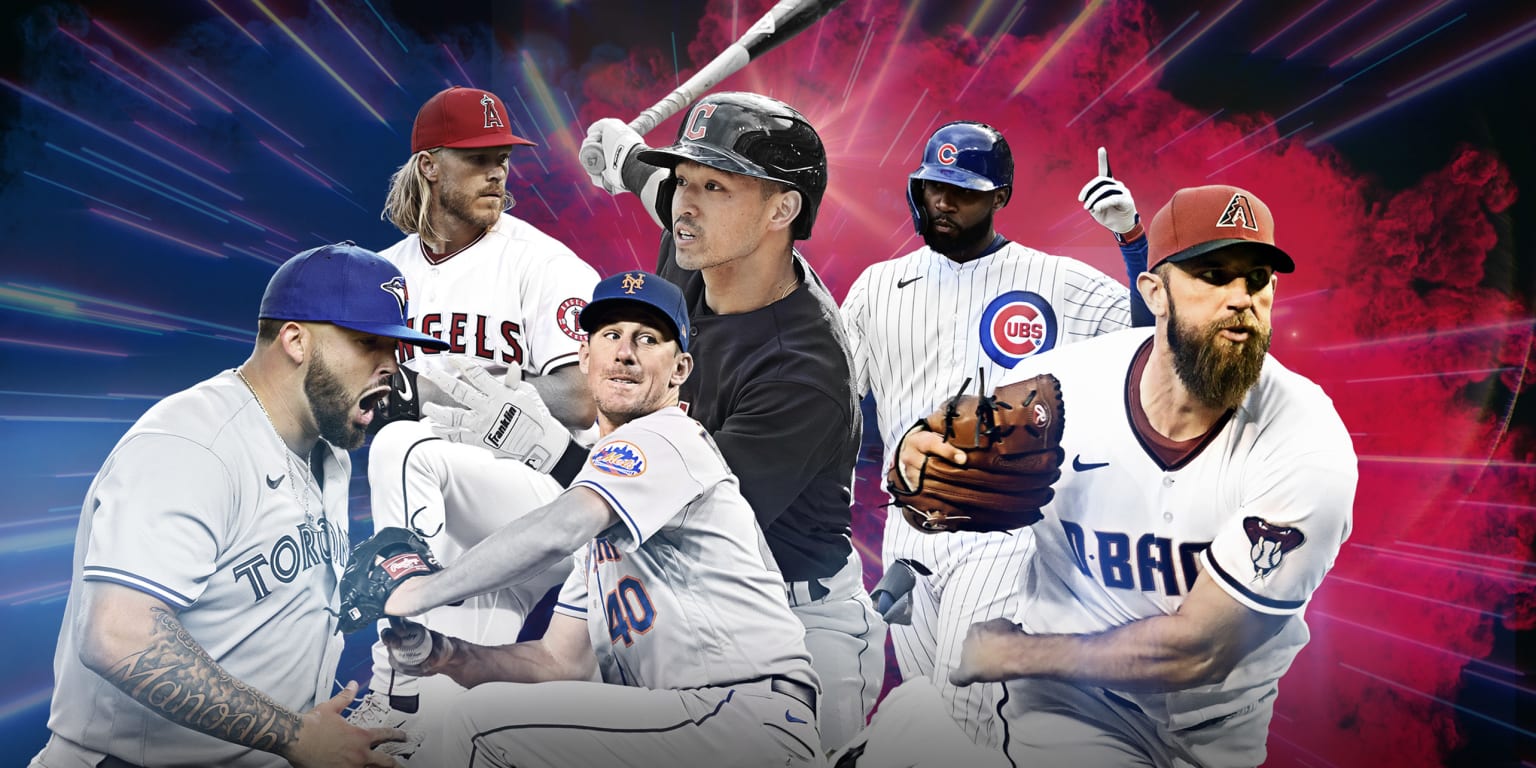 The reality is that one should not be surprised by many things when two weeks of the season have not yet been completed. It’s too small a sample, after all: During the regular season, chances are you won’t even notice what’s happening for a span of 10 days. But we are talking about the first 10 days, which makes it feel like something more important and lasting than it really is. And that’s why it’s fun to dig into the numbers a bit.

With that in mind, let’s take a look at each team’s biggest upset in these early games. Maybe good, maybe bad, but almost certainly no one was expecting it.

Blue Jays: Alek Manoah has risen to another level
The 24-year-old right-hander had already earned a reputation as a dependable rotation piece, especially key now that Hyun Jin Ryu is out injured. But so far, in his two starts, he has looked like an ace, striking out 13 in 12 innings, with the Blue Jays winning both games. He walks too many, but if this is your third or fourth starter, watch out for this team.

Orioles: A local youth is giving them reason to applaud
It was really fun, you have to admit, watching the Orioles’ pitching drive the Yankees crazy over the weekend. One of the better looking starters was a kid from Maryland, Bruce Zimmermann, who has pitched nine shutout innings so far with 10 strikeouts.

Rays: Who did Ji-Man Choi become?
Aside from Wander Franco and Manuel Margot, the Rays’ offense has been pretty shaky so far. Except for another name: Ji-Man Choi! He’s putting up Barry Bonds-style numbers: .455/.613/.864.

Red Sox: Michael Wacha looks like the Michael Wacha of 2013
The Red Sox remember the best version of Michael Wacha well, because they faced him in the 2013 World Series. Wacha toured for the Mets and Rays after leaving St. Louis, without much success, but he has been fantastic in Boston so far, striking out nine and allowing only three hits in two starts, though he has walked too many.

Yankees: Big bats are cold
It was never realistic to expect this team to score 1,000 runs, as some predicted a few years ago, but how come this group of guys is hitting .229? With a worse slugging than the Pirates? There are too many hitters struggling, but Joey Gallo stands out: he’s 29-4 and all four hits are singles.

Guardians: Steven Kwan, obviously
He slowed down a bit over the weekend, but he was the story of the first week of the season and looks like a potential solution to some of the club’s outfield problems.

Royals: Bobby Witt Jr. not hitting
After giving the game-winning hit on Opening Day and making everyone think he was going to sweep the league, Witt Jr. did not have a good time: he is 5-for-32 on the season with no home runs. His time will come. But he did not pass immediately, as many believed.

Tigers: The boys are ready
After a slow start, Spencer Torkelson has fired up, and it’s not just him. Perhaps most encouraging has been the young pitching in the rotation. Tarik Skubal has been solid so far and Matt Manning has had two solid starts. And better yet: he still hasn’t given out a ticket.

Twins: Carlos Correa has not started the engines
Much of the fascination with Correa’s contract was that he had the ability to get out of it after one season, as long as he had the MVP season everyone was waiting for. Well, so far, Correa is hitting like a pitcher. His offensive line is .133/.212/.300. Oh. Has anyone thought of turning it off and back on again?

White Sox: Is Liam Hendriks okay?
The one who could well be the most dominant reliever in all of baseball the last two years has had an inauspicious start, averaging more than two hits allowed per inning in his five games. He still has saved four games, but it certainly hasn’t been pretty.

Angels: Rotation looks… okay?
Let’s not get crazy: they’re not Maddux/Smoltz/Glavine. But Noah Syndergaard has been everything the Angels could dream of, and Michael Lorenzen looked pretty good in his one appearance. Sure, Shohei Ohtani has been hit a little harder than he would have liked so far, but he certainly isn’t someone to worry about. Those are three solid starters and there is also the Venezuelan José Suárez. It is not a big thing. But with that offense — and Mike Trout playing Mike Trout again — you don’t need a big rotation. All you need is an acceptable group.

Astros: The offense is upside down
The Astros who are hitting like stars? Dominicans Jeremy Peña and Jose Siri, and Chaz McCormick. Those who are having a hard time at home? Kyle Tucker, the Venezuelan José Altuve, the Cuban Yuli Gurriel. What a strange sport baseball is.

A’s: Apparently still have good starters to trade
Francelis Montas was thought to be the last piece, but Paul Blackburn and Daulton Jefferies, both under 28, have allowed just four earned runs in 19 1/3 innings so far.

Sailors: Phenomenons haven’t picked up the pace
We spent all of last year waiting for Jarred Kelenic to hit and at the end of the year he did. It seems that 2022 will be the same, but not only for Kelenic, but also for the Dominican phenomenon Julio Rodríguez. Between the two they are 61-9, with three extra-base hits and 27 strikeouts. Young players are young players, obviously, but it’s clear the Mariners would like them to wake up fast.

Rangers: Marcus Semien hasn’t arrived yet
Corey Seager has been good, and the Rangers have been bad, basically what we all expected. But how come Semien, Texas’ other big acquisition, is 5-for-39 so far?

Braves: The stellar pitching of the postseason falls
Max Fried has a 5.73 ERA, Charlie Morton 6.10 and Ian Anderson 6.48. Look, even Kenley Jansen, whose playoff numbers are with another team, has a 6.75 ERA. The offense has been good, even before the return of Ronald Acuña Jr., but the pitching has to improve.

Marlins: Young bats are responding
As much as there has been talk about bringing veteran bats to Miami, it’s the youngsters that have been a revelation so far. Jesus Sanchez has responded and Jazz Chisholm has MVP undertones.

Mets: The other starters have been fine
Max Scherzer and Jacob deGrom have combined for 11 innings on the year, out of 88. Scherzer, the only one of the two who has pitched, has a 3.27 ERA. But the Mets have the third-best ERA in baseball, at 2.35, with Chris Bassitt, Carlos Carrasco and Tylor Megill combining for two runs in 33 innings.

Nationals: One of their pitchers turned back the clock
Dominican Juan Soto is great. Josh Bell has recovered a bit. But the rest of Washington is hard to see. Now what about Sean Doolittle? He has faced 14 opponents so far and has retired them all.

Phillies: Their 1-2 rotation is struggling
Even if you want to blame the defense, the Phillies’ top rotation, led by Aaron Nola and Zack Wheeler, is off to a disastrous start to the season. The most concerning thing for Wheeler has been the increase in his walk rate.

Brewers: Their big three have been reduced to one
Brandon Woodruff looked better Thursday, but his ERA remains at 7.27. The one of the Dominican Freddy Peralta is 11.57. For his part, Devin Williams has given away six walks and allowed five hits in just three innings. Milwaukee’s pitching is their calling card, so they need to improve.

Cardinals: Pujols looks 15 years younger
Well, let’s not get too excited. The Cardinals are being careful with the Dominican. But Pujols is hitting .333/.412/.733 and his home run against the Brewers on Sunday was like turning back time.

Cubs: Jason Heyward looks young again
Can you believe Jason Heyward is only 32 years old? He looks like he’s 40, right? Heyward has had some really bad years at mate lately, but right now he looks like the ideal version of himself. Patient at the plate and playing very well in center. The power hasn’t returned, but this is the player the Cubs thought they were getting at the time.

Pirates: Bullpen has been intractable
The Pirates have a .500 record despite having a negative run differential. The main reason has been the bullpen, made up of Wil Crowe, Heath Hembree, David Bednar and Anthony Banda. Between them, they have allowed just two runs in a combined 22.2 stages.

Reds: Joey Votto hasn’t been himself
His offense has evaporated. He is 4-for-34 on the year with no home runs and 15 strikeouts. He has only traded four tickets!

D-backs: Bumgarner is back!
Madison Bumgarner has been the best player on the team so far. If the club are looking to trade him at the deadline, they might now be thinking about a possible major return for him.

Dodgers: Andrew Heaney is an ace now, because of course he is
Yeah, he’s just what the Dodgers need: A 30-year-old kid who no team has been able to fulfill his potential suddenly becomes a star. So far, the mound has 16 strikeouts, four hits and no runs allowed in 10.1 stretches.

Giants: Everyone is better than you thought… as always
It shouldn’t be surprising, but look at these guys playing like stars for a team that is 7-2. Logan Webb, Alex Wodd, Tyler Rogers, Dominic Leone, Brandon Belt, Joey Bart, and Joc Pedersen. The Giants are crazy.

Parents: Eric Hosmer returned to form
Several times we thought that Hosmer had been traded this offseason. However, he has started hitting .378/.410/.514.

Rockies: Everything is going as planned
The Rockies have taken a lot of flak for multiple reasons, but every decision they’ve made thus far — signing Kris Bryant, extending Ryan McMahon, securing CJ Cron, keeping the rotation — has paid off. They are playing very well. But, of course, they are in third place.

A surprise by club at the beginning of the year