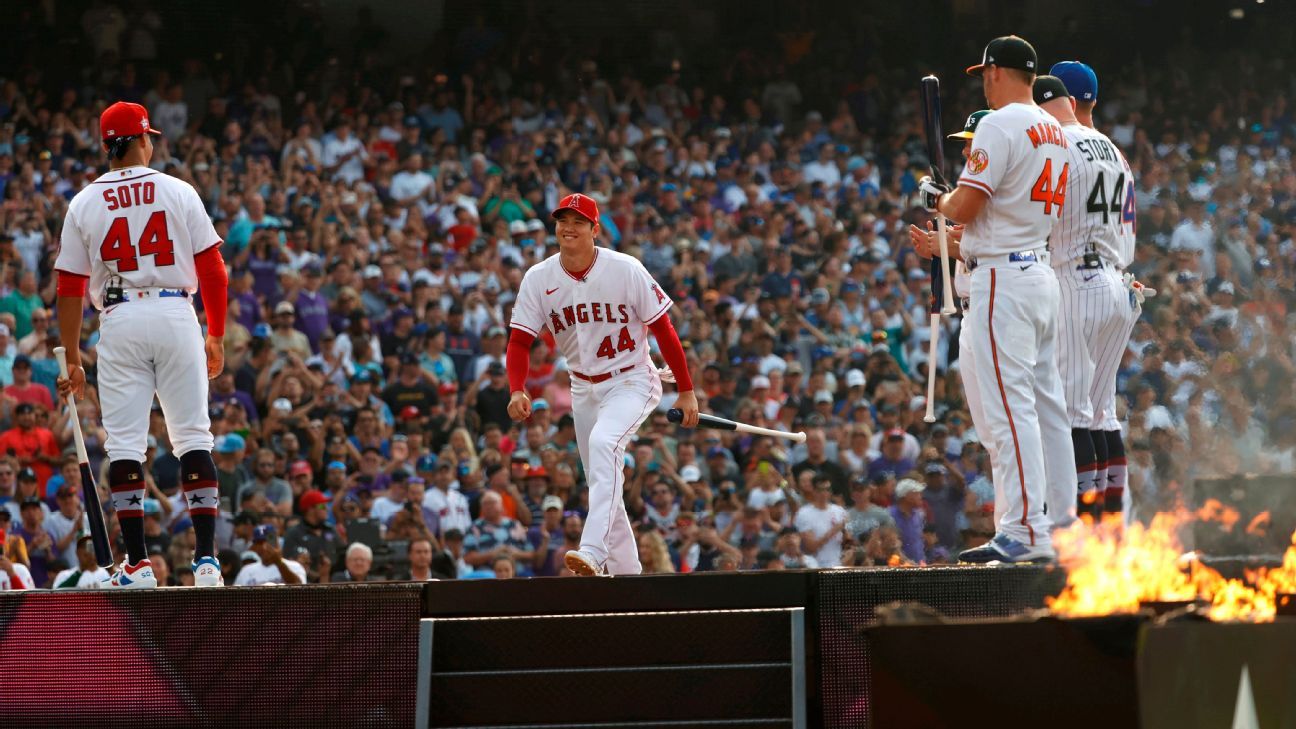 NEW YORK — If the next Major League Baseball All-Star Game falls into the night, a slugger may have a chance to decide it with a hit — in a Home Run Derby.

For, buried within the 182-page memorandum of understanding signed Thursday by Major League Baseball and the players’ union is a radically new method of potentially defining the game.

“If the All-Star Game remains tied after nine innings, the game will be decided by a Home Run Derby between the teams, subject to the parties’ agreement on details and format,” reads Exhibit 13, titled “Agreement tentative — All-Star Game and Home Run Derby.

And several fans will be interested in this: As part of the overall agreement, “the parties agree to discuss further details and logistics of a potential mid-All-Star concert.”

There will also be a new international touch in Major League Baseball — there will be a regular-season game in Paris in 2025.

Dated March 1 and obtained by The Associated Press, the All-Star Home Run Derby page was signed by MLB Senior Counsel Kasey Sanossian and MLB Players Association Deputy General Counsel. Matt Nussbaum. It’s part of the deal that led to the end of MLB’s 99-day lockout and the opening of training camps.

This year’s All-Star Game is scheduled for Dodger Stadium on July 19, awarded to Los Angeles after the 2020 one was canceled due to the coronavirus pandemic.

The All-Star Game has gone to extra innings 13 times since it began in 1933. Teams running out of pitchers have become a problem as managers try to get most pitchers in the game by the ninth inning. .

The annual Home Run Derby on the night before the All-Star Game has become one of the most popular events in MLB and is not mentioned in the document as a change.

The commissioner gained the ability to add a 33rd player to each league’s All-Star roster “in recognition of each player’s professional achievements” and could add more than one player “if special circumstances warrant.”

In other sections of the agreement:

Spring training games are planned for Puerto Rico and/or the Dominican Republic in 2024, and the World Baseball Classics in 2023 and 2026. Postseason tours are planned for South Korea and Taiwan this year and for Latin America in 2023. .

Players would receive $70,000 each for regular season events in Europe and Asia, and $20,000 for Latin America.

MLB has obtained the union’s permission to set the trade deadline from July 28 to August 3, provided it notifies the union by the previous December 1.

The players and teams made permanent the COVID-19 rule change that requires rain-stopped regular-season games of less than five innings to be called off and continue.

MLB and the players also agreed to a revised “Workplace Code of Conduct” that states: “If you see someone harassing or discriminating against someone, tell that person to stop and report it to your field manager, your manager usually the commissioner’s office or players’ association.

Harassment is defined as “any verbal, physical, or visual behavior directed at another person because of a protected characteristic that (i) has the purpose or effect of creating an intimidating, hostile, degrading, humiliating, or offensive environment or (ii) interferes materially with an individual’s job performance.

A section prohibiting the production, distribution, receipt, or possession of child pornography has been added to the Joint Policy on Domestic Violence, Sexual Assault, and Child Abuse.

Teams must be scheduled for seven days off after July 31, including three after August 31.

Footwear restrictions have been relaxed, as long as they comply with permitted trademarks and are not offensive.

The draft of the annual winter meeting of unprotected players, which did not take place due to the lockout, is considered canceled.

The retention bonus for players signing minor league contracts is eliminated and replaced with three uniform opt-out dates: five days before opening day, May 1 and June 1.

If a team claims a player on our entitlement waivers, that team would drop to 30th in priority if they claim the player again that year. Additionally, the league component was removed for teams tied on winning percentage.

Starting next offseason, an arbitration-eligible player who accepts without a hearing is eligible for full-season termination pay.

Once again, the Oakland Athletics were granted special status under the revenue-sharing plan, phased out at 25% per year as part of a provision that would be revoked for the 2024 revenue-sharing year if the A’s fail to reach a binding agreement for a new baseball stadium. before January 15, 2024.