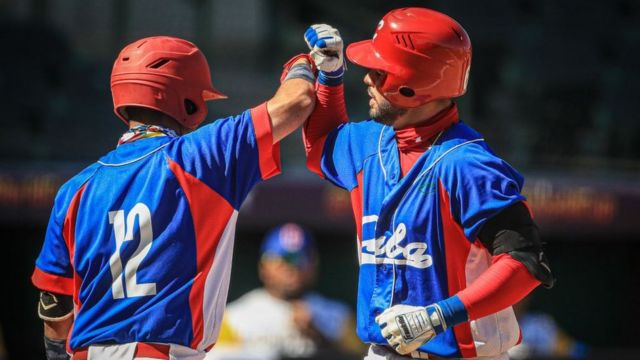 At least 9 young Cuban baseball players defected Sunday during a tournament in Mexico, authorities said. Some media point out that there were 11 or even 12 athletes who dropped out.

It is about half of the team’s roster and represents the largest dropout of Cuban athletes in years.

Cuban officials rated the actions of the players who participated in the U23 Baseball World Cup “vile abandonments”, state media report.

The rest of the team, which originally had 24 players, returned to the island on Monday.

Cuban athletes have a long history of defecting when competing abroad.

Many baseball players leave Cuba to join Major League Baseball (MLB) clubs in the US, as the tense relations between the two countries prevent participation in a regular recruitment process.

The statement from the National Institute of Sports of Cuba, published on the official JIT website and cited by the AP news agency, does not mention the players who stayed in Mexico.

But the news agencies EFE and AFP together with journalist Francys Romero reported that a total of 12 players had defected.

An agreement that allowed some Cuban players to sign with Major League clubs was canceled by President Donald Trump in 2018, in an attempt to pressure the island government to implement political changes.

The agreement meant that athletes no longer had to elope and leave Cuba illegally.

A sign of the crisis at home – Analysis by Will Grant, BBC correspondent in Mexico and Central America

The defections of high-profile athletes from Cuba is nothing new, but it is always an indicator of the magnitude of the problems on the island.

And this latest round of pitchers, hitters and catchers fleeing their hotel in Mexico comes amid especially acute economic conditions on the island.

The massive desertion is of particular frustration and shame for the Cuban authorities not only because of the number of players who escape at the same time, but also because of their ages.

At age 20, they represent the future of Cuban baseball and are charged with putting Cuba at the top of the game after the island failed to qualify for the 2020 Tokyo Olympics, the first time in history that this has happened.

Unsurprisingly, the government responded by attacking the players for being “weak” on morals and ethics.

However, the main criticism was for the United States for maintaining the decades-long economic embargo while offering contracts so lucrative that the promises of Cuban baseball can hardly be rejected.

Yet the truth is that as long as those multi-million dollar contracts and endorsements are available just 90 miles from Cuba, defection will remain a painfully tempting option for any aspiring baseball star on an increasingly impoverished island.

The most famous player to defect recently was César Prieto, 22, one of the nation’s top baseball stars, who left the team earlier this year while in Florida for a qualifying event for the Olympics.

The ballet dancers and footballers they are also among athletes who dropped out during competitions.

Cuba is in the midst of an economic crisis, with a shortage of food and medicine, and was hit hard by the United States sanctions and COVID-19.

Last July, thousands of people took to the streets in one of the largest anti-government protests on the island in decades.

Now you can receive notifications from BBC News Mundo. Download the new version of our app and activate them so you don’t miss out on our best content.