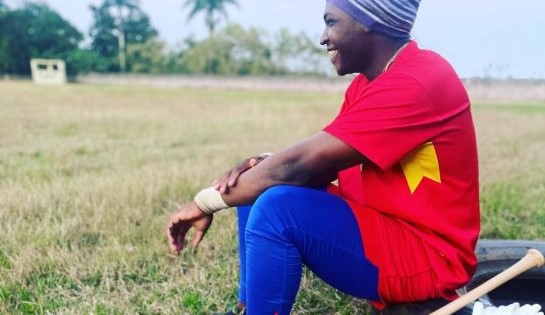 The million dollar question about the just started National Baseball Series in Cuba it is not which team will win, nor if Industriales will finally give joy to their fans, for a change, but how many players will be left on the Island at the end of the tournament. The gardener from Matanzas Dariel Polledo Aballí has ​​just arrived in the United Statesfrom Mexico, after leaving the series before its start, reports Full Swing.

Polledo, 24, played with the Matanzas Crocodiles for four national championships, during which he did not have many opportunities to play. This would have been the reason why he requested authorization from his native province to join the Villa Clara Sugar Leopards payroll, in the 61st edition of the National Series and he got it.

However, on January 5, the Provincial commissioner, Ramón Moré, announced that Polledo, who had trained for several weeks with the pre-selection team from Villa Clara, had dropped out for health problems.

In reality, the young man legally left the island for Mexico to cross the border with the United States from there. The young man and his girlfriend are already on US soil, where Polledo will try to make his way in baseball, although that path will be difficult.

Unlike other Cuban baseball players who have left Cuba in recent months, mainly to the Dominican Republicafter the reopening of borders as part of the relaxation of anti-Covid-19 measures, Polledo was not part of any list of the best Cuban prospects nor did he leave heart-stopping numbers in the opportunities he had to play.

During the four series in which he participated, he averaged 223. The most relevant thing was his OBP of .393.

In the last series he participated in 34 games with 117 official appearances in the batting cage. He hit 40 hits, of which seven were extra-base hits: three doubles, three triples and a home run. He drove in 12 runs and scored 38, which is not a negligible amount considering the number of games. He walked opposing pitchers 24 times and had 13 strikeouts.

On defense, he averaged .990, with one error in 102 throws, 98 outs and three assists, during the four national series in which he participated.

Polledo had his best performance in the U-23 category. He played in four editions and in the last one, held in 2019, he received the award Gold Glove, as one of the three best offensive outfielders.

The chances of the man from Matanzas now depend on having a good agent and, mainly, on his preparation and what he can show on the field. Unlike Cubans who travel to the Dominican Republic or another country to obtain free agency and sign with a team of Big leaguesPolledo must first join a university and have a good performance to be taken into account in the amateur draft.

With that of Polledo, There are five players who had to participate in the current edition of the National Baseball Series and chose to leave the Island in search of economic and professional advancement.

Just hours before the start of the tournament, Wilfredo Arocheone of the main figures of the industrial team, left Cuba to play in Italy, through a contract that he would have managed on his own.

In previous days, the casualties of the pitchers were made official Yunior Tur Y Yosimar Cousin, two of the most talented remaining on the Island, and who appeared on the rosters of the teams from their respective provinces, Santiago de Cuba and Camagüey. Both were reported missing until it was learned that they had arrived in the Dominican Republic.

Another player from Camagüey, Leonel Seguracaptain of the Toros de Camagüey, left for Venezuela days before the start of the Series.

prospects Jose Ramon Alfonso22 years old, who had played four series with the Tigres de Ciego de Ávila, although without many opportunities, and Orestes Reyes of 21who had debuted with the capital’s Lions last season, were the first two young Cuban players to leave the island in 2022.

The day after Reyes’ departure from the country became known, an article published in the official press acknowledged that more than 635 baseball players had left the Island in the last six years.