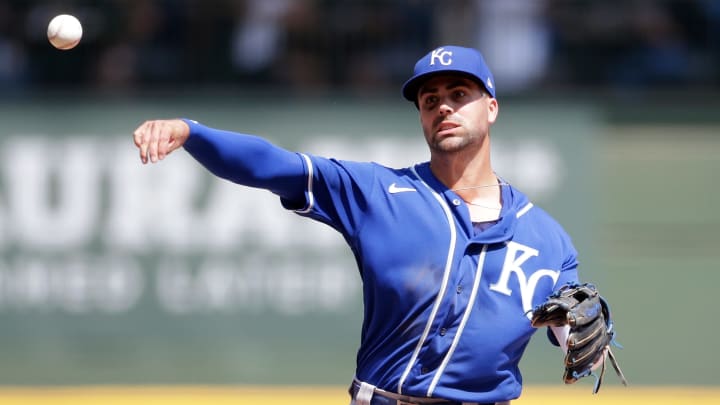 On Friday the deadline for exchanges expired in the MLB and several expected changes did not materialize, such as Trevor Story’s departure from the Colorado Rockies.

His late-season free agent status may have weighed on. There are other players who were expected to see with other uniforms and although it did not happen in this exchange market, they can be protagonists of negotiations in the offseason of the Big leagues.

The 32-year-old veteran who can play second and outfield still has speed. After being a triple champion in 2020, he is now the AL leader in stolen bases (27). His departure from the Kansas City Royals did not materialize, who can offer him in the winter taking advantage of the interest he aroused in various teams. Merrifield is under the team’s control until 2023.

Some factors threaten an eventual negotiation by the third baseman: they are 35 years old and have two years left on their contract worth 43.5 million dollars. That surely weighed in on the Minnesota Twins getting their name on a negotiating table in this exchange market, but it can’t be ruled out that it will happen in the winter.

The Venezuelan recipient survived the dismantling of the Chicago Cubs. He wants to stay at the club and will hear offers for an extension, but it is not clear that this is the team’s intention. Contreras will be a free agent in 2023 and his name has been mentioned in trade rumors for a while now.

It was believed that the Miami Marlins would come out of the 31-year-old Venezuelan first baseman, and Milwaukee was even talked about as his possible destination. He is having his best offensive year, with a .267 / .330 / .471 line and 75 RBIs that have him as the leader of the National League. His salary is $ 4.3 million and he has one year of arbitration left.

The Minnesota Twins are said to continue to consider giving the outfielder a contract extension, but if they don’t reach an agreement, he will be a sure candidate to be traded in the winter. There will be no shortage of suitors, despite their tendency to injury.