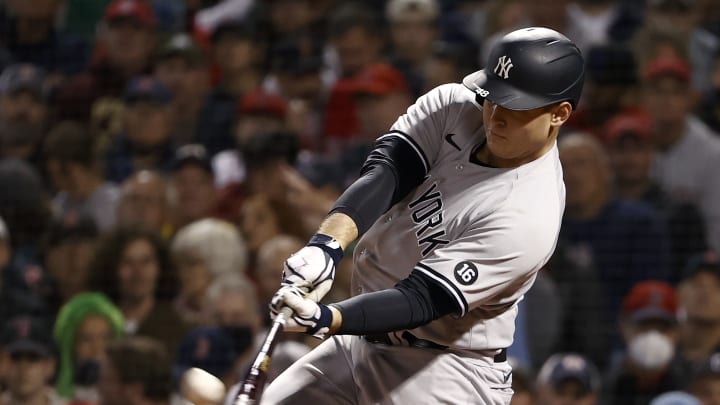 After the MLB work stoppage ends, the New York Yankees They will have a number of unfinished business to resolve when it comes to pitching and other key positions in their lineup.

Here are five players the Bronx team can’t pass up in free agency to be a better team in the 2022 season. Big leagues.

The production and balance it offered Anthony Rizzo Through his 49 games during the 2021 season, he gave the New York Yankees a better face, which helped them get to at least the wild-card elimination game against the Boston Red Sox. Rizzo hit .249, 8 homers and 21 RBIs, but more importantly, he was a versatile bat that at times was placed between Aaron Judge and Giancarlo Stanton, who were able to demonstrate a devastating offense. If they don’t sign Rizzo back, New York might be sorry.

Although the Yankees have several outfield options for the 2022 season, Eddie Rosario should be a player to look for in free agency. There are reports that the team will try to sign the Japanese Seiya Suzuki, but there are analysts who consider that it will not be possible. In this case, Rosario looks like an ideal option that will be able to cover in left field effectively and a bat that will produce from the bottom of the lineup.

Zack Greinke projects to earn a salary of $ 9 million by 2022, according to estimates from the Spotrac website. For that price, the Yankees would be making a veteran pitcher who could give him plenty of wins from the back of his starting rotation. Greinke has averaged 27 starts from the mound over the past three seasons, proving he is one of the longest-lasting pitchers in the majors.

Archie Bradley is a reliever the Yankees shouldn’t miss in free agency. His talent could help keep Zack Britton’s injury absence from being noticed in the bullpen and would also give Cuban closer Aroldis Chapman a good backing, who last year showed signs of fatigue in his pitching arm. With the Philadelphia Phillies, Bradley played 53 games in which he posted a 7-3 record, a 3.71 ERA and 40 strikeouts in 51 innings pitched.

Carlos Rodón could be a smart investment for the Yankees right now. The southpaw is aiming for a $ 24 million per year contract that would total $ 96.3 million over the next 4 seasons. Manager Aaron Boone would place Rodon second behind Cole, something that would undoubtedly mean an improvement for the team’s rotation. Last season with the Chicago White Sox, the left-hander attended his first All-Star Game and was also the author of a No Hitter. He posted a 2.37 ERA and a 13-5 record.

5 players the Yankees can’t pass up in free agency