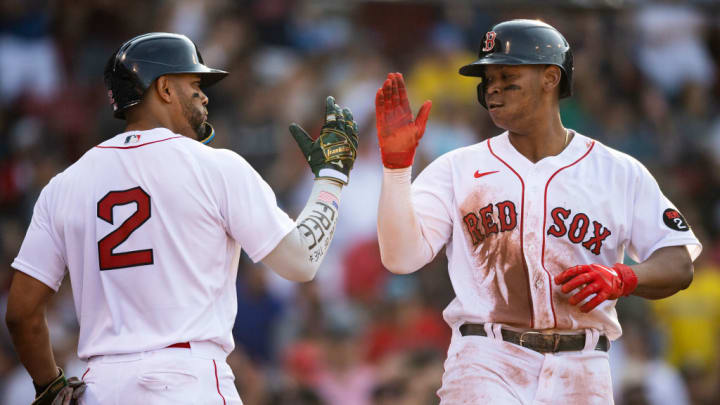 The Boston Red Sox They sent a message this week on the MLB: They haven’t given up and aren’t willing to give up being contenders in the American League East.

With their sweep against Seattle, the Red Sox improved their record this season of Big leagues at 19-22, they extended their winning streak to five and have 8 wins in their last 10 games.

Several reasons explain the awakening of the team led by alex coraand these are some of them.

Dominican third baseman Rafael Devers is hitting .325 with nine home runs this season. In his last 15 games his batting average is .426 with 5 homers, 7 doubles, a triple and 14 RBIs. From the beginning it was known that the Quisqueyan was called to be a protagonist and he is enjoying his role as leader: “It feels great to help the team close that deficit,” Devers told the MLB portal. “I feel great.”

If anyone has made a difference for Boston in the past two weeks, it’s Trevor Story. The big winter signing was having a disappointing season and earning boos from the crowd at Fenway Park, but now he’s another man. The infielder just had a historic day with three home runs and 7 RBIs and the next day he released a Grand Slam. In the last 7 games he has numbers of .360 / .452 / 1.120, 6 homers and 14 RBIs.

The Canadian right-hander had two masterful starts this week, against the Rangers and the dangerous slugging of the Astros. Against the former he pitched 7 innings and allowed only one run with 3 hits, striking out 4 and walking one. But against Houston he was better, going the full route and allowing only two hits and a score. He struck out 8.

The debacle of Matt Barnes and the lack of solidity shown by Garrett Whitlock had the Red Sox relief corps in emergency, the weakest department in Alex Cora’s team. But John Schreiber has become the man for key moments. The 24-year-old right-hander has appeared in 10 games and has allowed no runs. Added to his 0.00 ERA is his 11 strikeouts in 10.1 innings. He has a save and has given Cora a break.