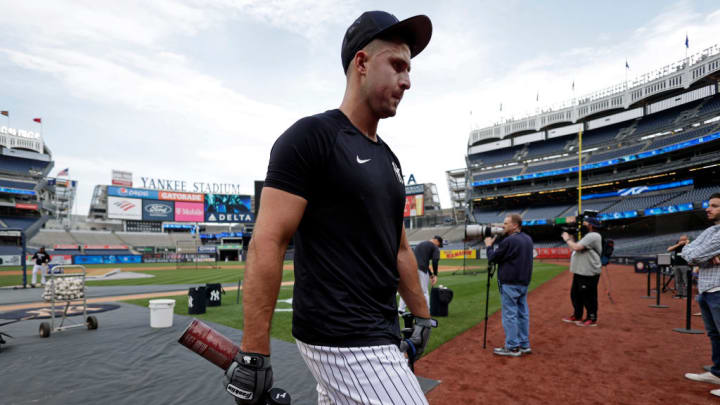 The New York Yankees They have not said it officially, but everything indicates that their left fielder Joey Gallo is in the front line to be traded before the deadline in the MLB.

Gallo made the Bronx team last season in the Big leagues, hoping he would become the left-handed hitter to balance Aaron Boone’s lineup. These are reasons that would explain his departure from the Bronx franchise.

The 28-year-old outfielder is in his final year under team control and will be a free agent at the end of the season. It is the perfect time to get out of it in exchange for a piece that will help face the final stretch of the campaign. The salary of Rooster in 2022 it is $10,275,000.

The Yankees are on a mission after a 12-year World Series drought. There is no longer time to wait for Gallo to react and they know it on the circuit. An executive from a rival team is convinced that if the outfielder’s numbers don’t improve, they will surely put him on the market. What’s more, it is said that there have already been rapprochements with the San Diego Padres.

Miguel Andújar has already shown that he can play in left field. In eight games he hit .286 and was on fire in Triple A with a .289 average and 4 homers in 28 games. The Dominican is determined to regain his place in the lineup and that weighs against Gallo’s permanence. If that’s not enough, Estevan Florial is also sending messages to take his place.

4 reasons Joey Gallo would be traded before the trade deadline