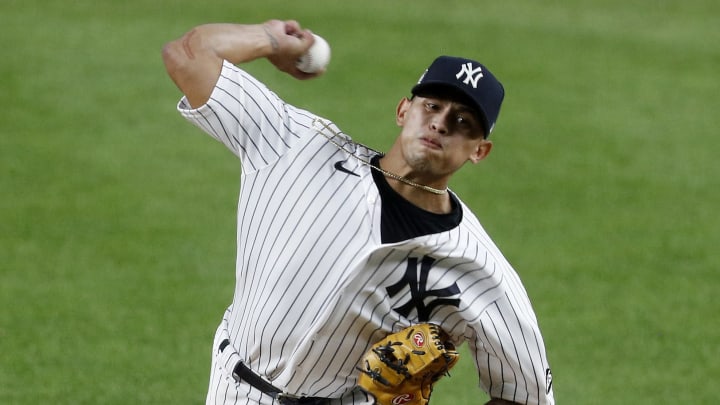 When José Altuve began to shine with the Houston Astros on the MLB his story became known and an example for those players who do not receive high bonuses when they sign up to play professional baseball.

In the Big leagues There are several cases of players who did not star in relevant firms in the international market and received very low bonuses, but they managed to consolidate.

The 25-year-old Venezuelan left-handed reliever has played four seasons with the Philadelphia Phillies. This year he has a brilliant 1.07 ERA in 30 games and 51 strikeouts in 50.0 innings. Suarez It was signed by Jesús “Chalao” Méndez in April 2012 for just $ 25,000 and managed to move up the farm system despite not making much noise upon arrival.

When he debuted in the Major Leagues in 2018, Loáisiga became the first Nicaraguan player to wear the Los Angeles jersey. New York Yankees. He was signed by a scout in his country in February 2016, after having been released by San Francisco, without giving him a millionaire bonus and with many reservations due to rumors about his behavior. Now he’s a key player in Aaron Boone’s bullpen.

A lot has happened in closer Richard Rodriguez’s career since the Houston Astros signed him to pro in 2010 at a low bonus. He has since belonged to three other organizations, debuted in the majors in 2017 and it was with Pittsburgh that he established himself as a closer, before being traded in July to the Atlanta Braves.

The Venezuelan infielder has belonged his entire professional career to the Detroit Tigers organization, with whom he debuted in the majors in 2018 and in which he has remained. It was signed by Pedro Chávez in 2010 for a bond that is estimated to have been below $ 100,000.