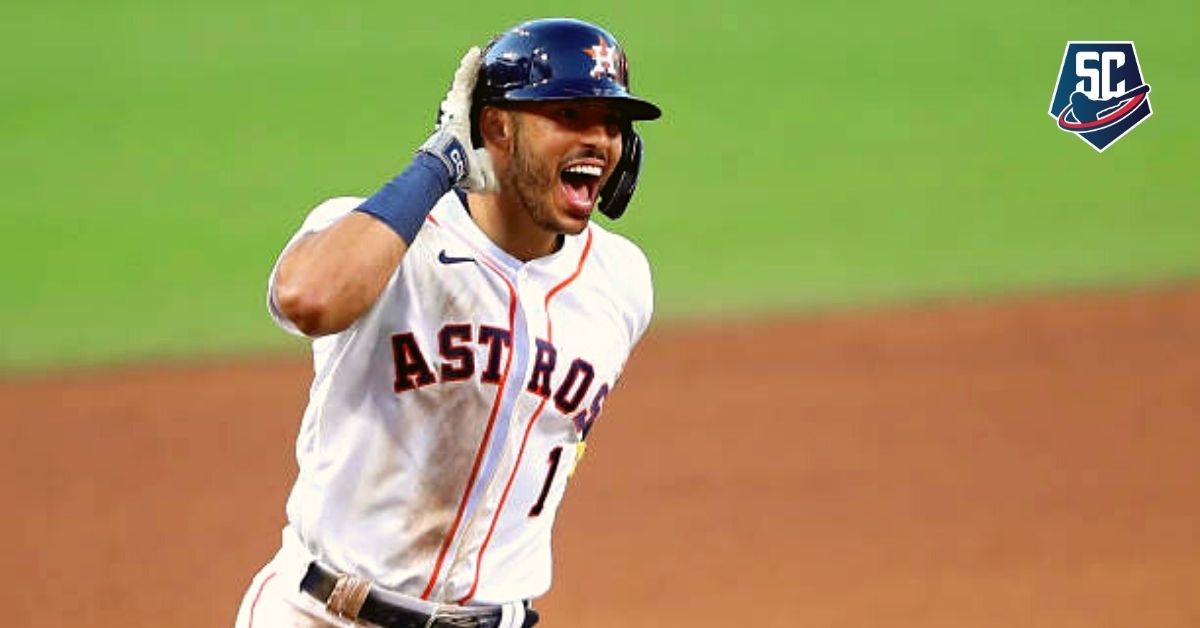 The lockout of Big leagues, and from the first day that the agreement between the parties could not be closed, everything was frozen, cold as the same chamber where the mythical Ted william.

With this, renowned players were left waiting to obtain a juicy contract. The case that I want to present to you is that of the controversial Carlos Correa, a former player for the Houston Astros.

Carlos Correa He has been stealing the spotlight from Free Agency, first by not accepting what his old team offered him. Then with a racy statement about Hall of Fame (HOF) Derek Jeter. He has also been linked to how many contending teams exist in MLB. Detroit Tigers seemed the most viable option on the table.

Market rumors about free agent agreements, and what each team is preparing after the lockout is over, have stolen the news, sports programs and the most media shows in the world of baseball.

Born in Puerto Rico, 27-year-old Carlos doesn’t need much introduction to the impact he’s had since making his major league debut. With that same impact and seven seasons of experience, they make him compare himself with his compatriots Javier Baez Y Francisco Lindor to obtain a juicy contract, both in the money, and in the amount of time of service.

Carlos is arguably the most select left in free agency, alongside Freddie Freeman, Kris Bryant, Trevor Story, Nick Castellanos, Michael Conforto, Clayton Kershaw and Japanese League star Seiya Suzuki. But none of them can sign any agreement right now, and although behind the curtains they talk and they can fall in love and sound rumors, nothing can be done.

The possible price of Correa began to sound, when Corey seager landed a $ 325 million, 10-year service contract with the Texas Rangers.

Known by all specialists, that these two players have the same potential and are even close in the same age, they have predicted how much Correa could get, and it should not be less than what Corey Seager already managed to catch.

With a Gold Glove and Platinum Glove season at shortstop and a bWAR of 7.2 last year, in addition to reaching the World Series, participating in the All-Star Game, and making it to the Top 5 for the first time. MVP of the American League, won by Shohei Ohtani, there is no doubt that his contract must be around 35 million per season for a space of at least 10 years.

If we assume the rumor that he turned down 10 years and $ 275 million offered by the Detroit Tigers, and that Javier Báez arrived as his replacement, with a six-year, 140 million contract.

FROM ANOTHER PLANET: Carlos Correa SAID NO to a monstrous multi-million dollar offer

Which team, or teams, would you be willing to offer him at least 300 million and 10 years?

If this agreement is not reached, it is speculated, according to sources, that Correa would seek a shorter contract with his former team Astros, hovering around 35 million dollars for at least two seasons, and be able before the age of 30 to return to another free agency seeking at least seven years with more than 200 million.

Another stone in the way is that based on rumors, it is said that Justin Verlander took as a premise that Correa would not be there to sign his contract, but with the clauses already signed, Verlander will have no choice but to put up with it if he wants to enjoy the 50 million for two seasons.

Without a doubt, Correa’s novel seems attractive to follow, but we will have to wait for the lockout to break.

My vision is that he either ends up with the Toronto Blue Jays, or returns with the Houston Astros. Where do you see or love Carlos Correa?