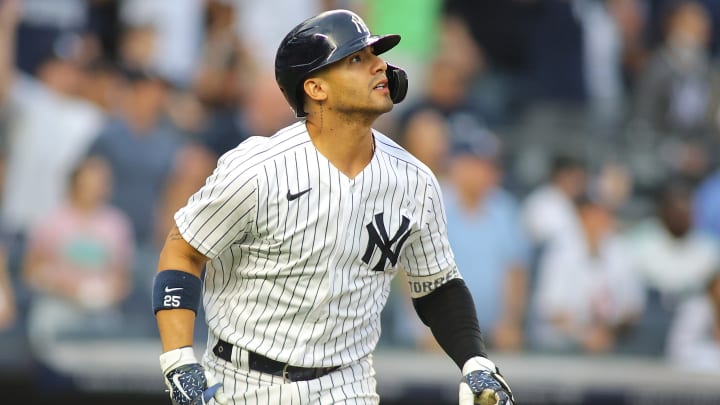 The rumor of an eventual departure from Gleyber Torres of the New York Yankees has spread like wildfire, fueled by an alleged interest in the shortstop Trevor Story. But now with the arrival of Story to the Boston Red Sox, these comments tend to die down. However, a change of team for the Venezuelan is not ruled out.

Don’t underestimate New York management’s ability to negotiate, and with the arrival of infielder Isiah Kaler-Falefa, Torres’ career in New York is in jeopardy.

The Yankees could go for players with value similar to that of the Venezuelan. Here we name 3 of these players.

Those from the Bronx would not mind the addition of Dominican patrolman Ramón Laureano. The 27-year-old right-hander has shown versatility and commitment in the outfield. Last season with the Oakland Athletics he made just two errors in 83 games. With the bat he hit 14 home runs and drove in 31 runs to finish with an average of 246. One point to improve is his high number of strikeouts. In 2021 he was only two out of the 100.

Venezuelan catcher Elías Díaz could be an excellent acquisition for the Yankees considering that he would be a supporting pillar for Manhattan’s most recent acquisition, catcher Ben Rortvedt , who arrived from the Minnesota Twins along with Josh Donaldson and Isiah Kaler. Falefa. The native of Maracaibo comes from playing 106 games with the Colorado Rockies in 2021. In them he hit 18 home runs and sanctioned 44 runs for an average of .246. Behind the plate he made just 4 errors in 98 games.

The management of the New York Yankees has already expressed its desire to have a pitcher with the characteristics of Frankie Montas on the roster. The 28-year-old right-hander comes from being the leader in starts in the American League last season with 32 and for the first time in his six-season career in the big show he obtained votes in the ballots to choose the Cy Young. Montas finished with a record of 13-9 and an ERA of 3.37. He struck out 207 opponents and allowed 57 walks.