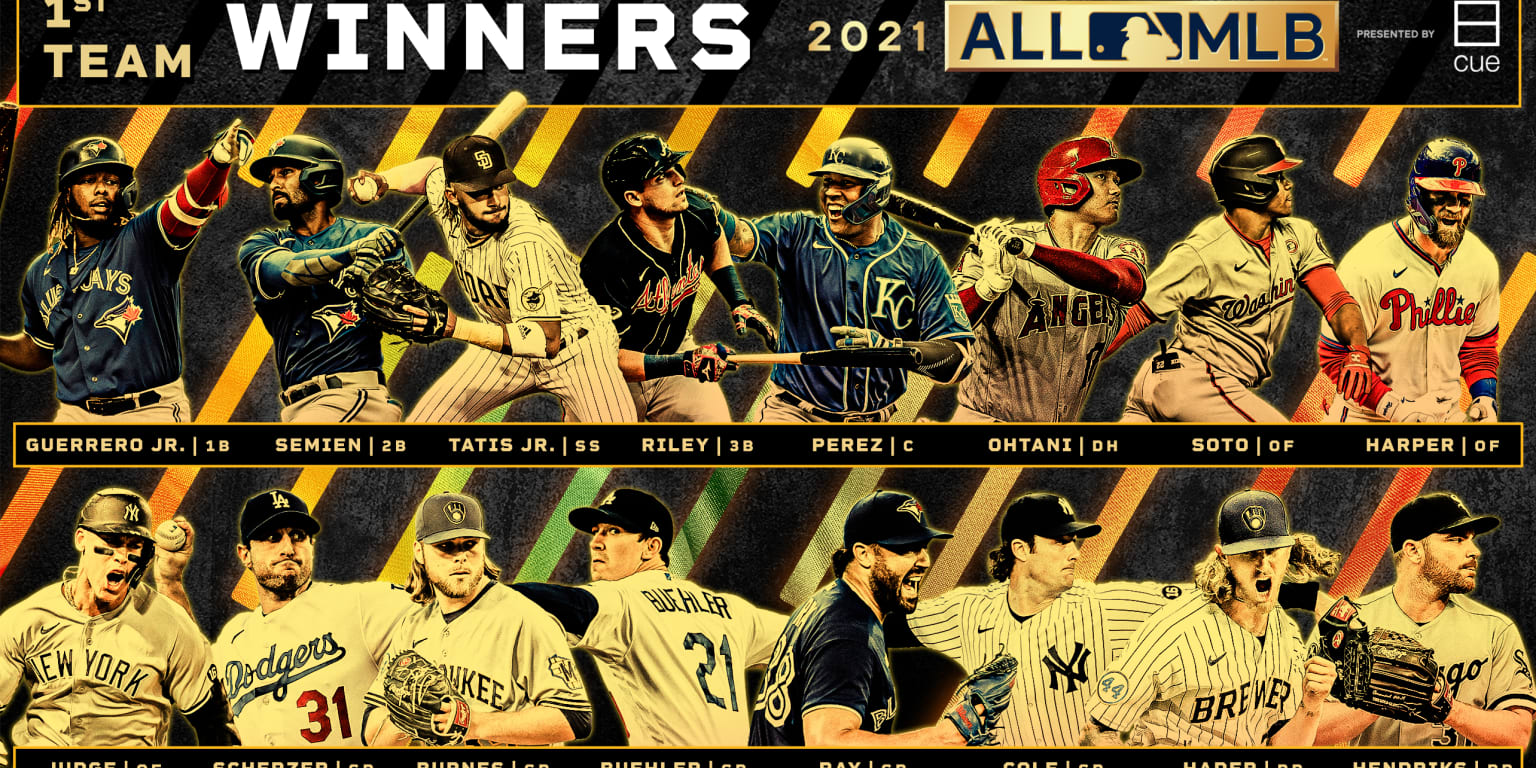 The members of the third edition of the All MLB Team were announced Tuesday night on the MLB Network and among those chosen for the First and Second Teams there was a significant presence of Latino players.

As was the case in 2019 and 2020, the 2021 winners were chosen through a process in which 50% of the votes were in the hands of fans and the other 50% by a panel of experts. The MLB All Team is divided into First and Second Teams, each with a catcher, first baseman, second baseman, third baseman, shortstop and designated hitter, plus three outfielders, five starting pitchers and two relievers.

MEMBERS OF THE FIRST TEAM

Add another achievement to the collection of the pitcher / batter phenomenon. Ohtani was the first player in LA history with at least 45 home runs, 25 stolen bases and 100 runs scored in one season. Not bad for a pitcher.

Venezuelan Pérez, who also won this distinction in 2020, had an incredible season at age 31. Not only did he easily surpass his previous record of 27 home runs, but his 48 home runs allowed him to tie Vladimir Guerrero Jr. for the MLB lead in that category, breaking Johnny Bench’s record for the most home runs in a season by a wide receiver. , in force since 1970, and equaling Cuban Jorge Soler with the record for the franchise.

Guerrero exploded this season, tying Perez for the MLB home run lead (48), while leading the Majors in runs (123) and the LA in OPS (1,002). This is the 22-year-old Guerrero’s first selection for this squad, and everything indicates that it will be the first of many.

Selected to the Second Team in 2019, Semien’s difficult 2020 led him to accept a one-year contract with the Blue Jays that required a move. He ended up setting a home run record for a second baseman (45) while posting an .873 OPS with 102 RBIs and 115 scored.

Although he battled all season with a left shoulder injury, Tatis managed to post a .975 OPS, plus 42 home runs, 25 stolen bases, 97 RBIs and 99 runs scored. This is the second time in a row that Tatis Jr., just 22 years old, has been named to the All MLB First Team.

One of the most important reasons for the Braves to recover from the absence of Venezuelan Ronald Acuña Jr., Riley stepped up with a .303 batting average, 33 home runs, 33 doubles and 107 RBIs to be chosen for the first time. time to the All MLB Team.

At age 22, Soto led MLB with an impressive .465 OBP and 145 walks. He hit 29 home runs and drove in 95 runs to become a member of the All MLB Team for the third time and part of the First Team for the second year in a row.

Harper was included for the first time in the All MLB Team after coming first in the Big Top with 1,044 OPS and 42 doubles, plus 35 home runs, 84 RBIs and 101 runs scored.

Cole, elected to the MLB All Team for the third time and the First Team for the second time, had 3.23 ERA and 243 strikeouts in 181.1 innings, finishing second in the LA Cy Young voting.

With 34 saves and a 1.23 ERA, Hader continued to establish himself as one of the best relievers of his generation. It is his second call to the All MLB Team, having also been on the First Team in 2019.