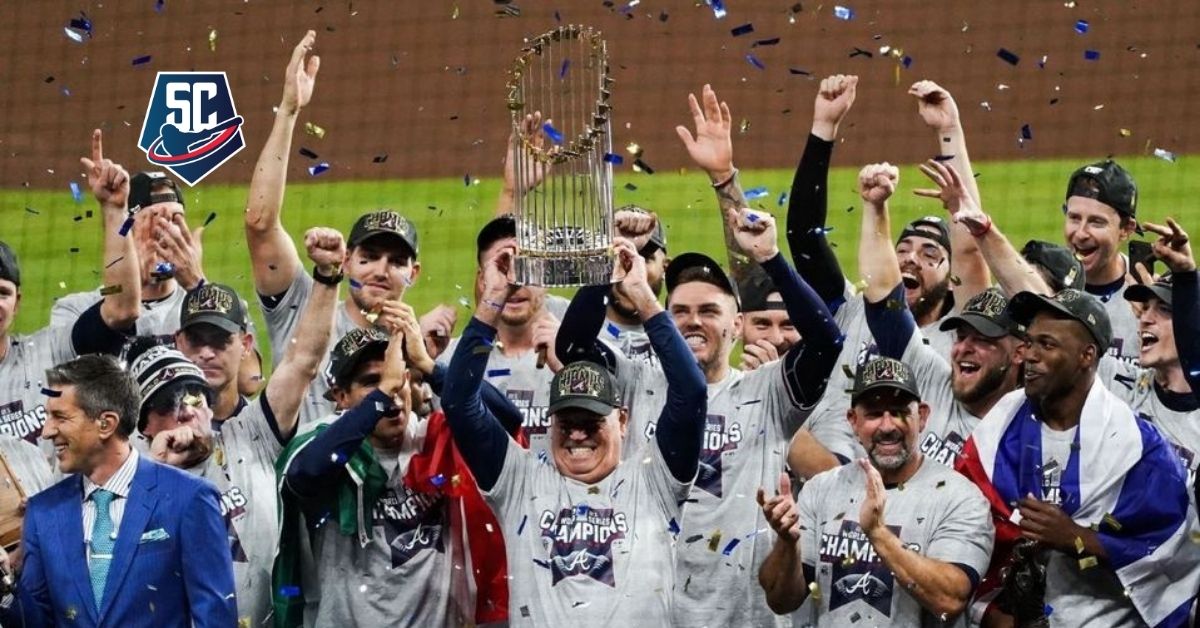 The organization of Atlanta Braves announced today through a press release that they have signed 14 international players. Baseball America ranked the Braves’ farm system 14th in the past year. So the current World Series champions need to better guarantee the future of the organization.

The #AtlantaBraves announced today that the organization has signed 14 international players: https://t.co/zIB3DMVvmI 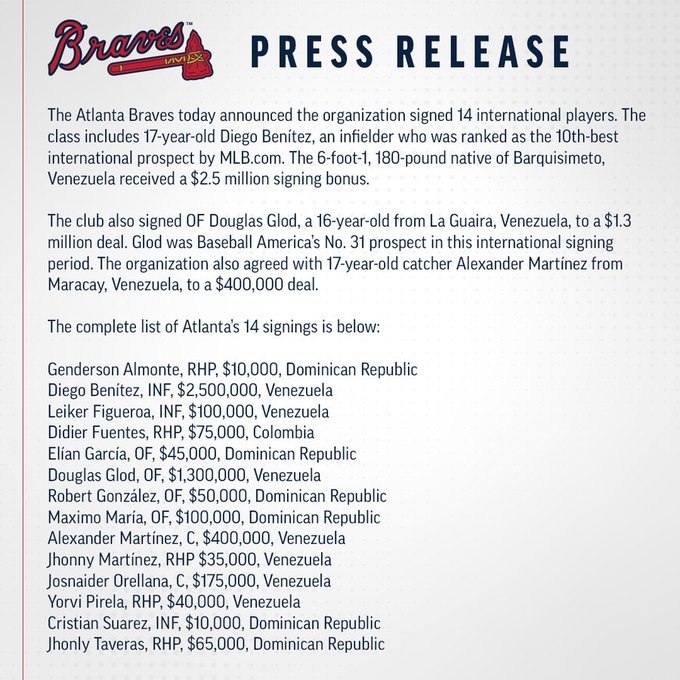 To that end, Atlanta has several quality acquisitions, talented youngsters who can give you some confidence for years to come. This year’s class includes Diego Benitez, 17, an infielder who was ranked the 10th-best international prospect by MLB.com. The 6-foot-1, 180-pound native of Barquisimeto, Venezuela, received a $2.5 million signing bonus.

The club also signed outfielder Douglas Glod, a 16-year-old from La Guaira, Venezuela, for a $1.3 million contract. Glod was Baseball America’s No. 31 prospect in this international signing period. The organization also agreed to a $400,000 deal with 17-year-old catcher Alexander Martinez, of Maracay, Venezuela.

It may interest you: TO ROUND NUMBERS: Legendary players after important figures in 2022

The full list of Atlanta’s 14 signings is as follows:

It may interest you: THE BEST PAID: All international firms, by amounts and countries

The Braves have won 4 World Series (1914, 1957, 1995 and 2021), as well as 18 National League pennants and 21 Division titles. The current Atlanta team, led by Brian Snitker, has several talented youngsters in its ranks, including Venezuelan Ronald Acuña Jr., who was the number one prospect in 2018 according to Baseball America.

Acuña Jr. at 21 years old, in 2019, signed an eight-year, $100 million contract with the Atlanta Braves. It is not surprising that some of these young people who recently signed with the organization become future stars of the Major Leagues, they have plenty of talent, although logically not all of them achieve this goal.