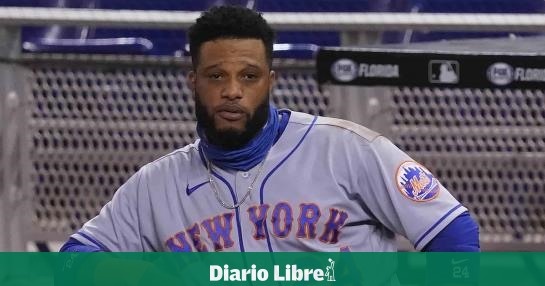 Eve of the start of the season of the Big leagues where the public counts the hours to see Vladimir Guerrero Jr., Juan Soto, Rafael Devers or Wander Franco from New York arrive official reports that update the shameful part that the Dominican brand has not been able to remove.

The suspensions of Richard Rodríguez and Danny Santana announced on Monday and Pedro Severino on Tuesday illustrate the chapter where baseball players from Quisquey get scores as low as Creole students in the PISA tests.

Since Big leagues started applying the program anti-doping, make the names public and include suspensions back in 2005, 10.3% of the Dominicans who paraded through the Big Show received at least one punishment. Two of them failed three times and five twice.

Since the league, forced by Congress, took a stand against the use of unauthorized performance-enhancing substances, they have played in the MLB 582 players with the nationality of Gregorio Luperón.

With Severino, 31 Duartian players were penalized while they were on the official rosters, while another 29 were removed from the competitions while they were in the minor leagues or in free agency, but who at some point ran into the Big Circus. They total 60.

Of the 67 players who have been suspended at some time along the way, Dominicans represent 43%, by far the largest group. Behind anchor the United States, with 34%.

The data is more outstanding if one takes into account that those born in Hispaniola have represented between 9 and 11% of all the players in the industry, while the Americans have hovered between 76 and 79%.

Venezuela, the third in presence in the league, only registers six players and seven suspensions, the last one to Francisco Servelli in 2013. The Puerto Ricans are only two.

In the 17 years that the program has been running, only in 2008 and 2014 there was no suspension of any Creole player on the squad.

The Dominican epidemic has not respected rank; from figures with numbers to be chosen in immortality in the first ballot as Manny Ramirez and Robinson Cano even fleeting names like Agustín Montero, who only appeared in 11 games in the league.

Suspensions have already cost Creole players $103,549,106 in wages for violating the program. However, those who have managed to sign in free agency after those sanctions have been fulfilled earned four times that amount.

Cano has suffered the biggest loss, $35,851,852 for the two times his tests failed for the biggest loss of the group, followed by Alex Rodriguez, who saw $25 million go up in smoke in 2013 when he was suspended for a full season.